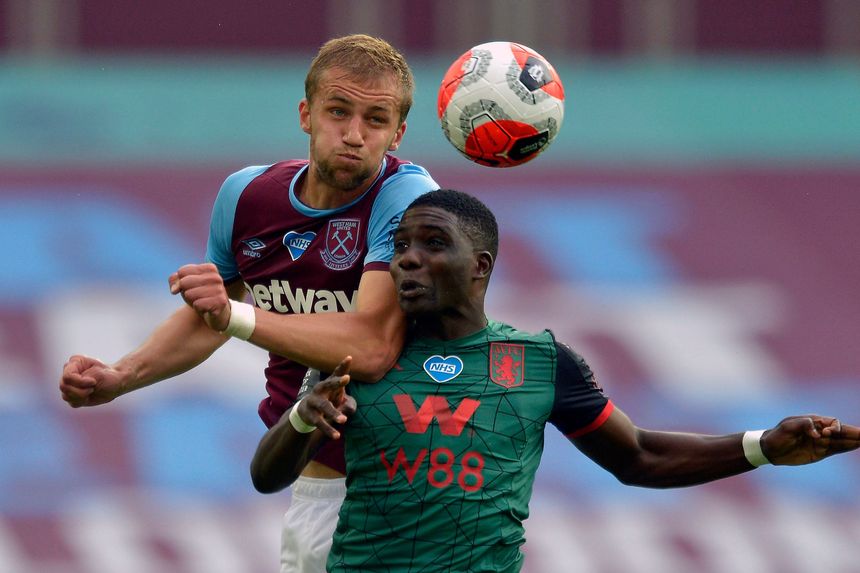 Soucek proved to be one of the best signings to arrive in January’s transfer window.

Joining from Slavia Prague, he has added energy and an attacking threat to West Ham United's central midfield unit.

The 25-year-old covers a lot of ground as a defensive midfielder but still breaks forward when opportunities arise.

Standing at 6ft 4in, Soucek is already the league’s most dominant midfielder in the air.

He has recorded more headed efforts on goal per 90 minutes and won more aerial duels than any other player in his position.

It is no surprise he is already a firm favourite with manager David Moyes.

Moyes is well-known for his admiration of Marouane Fellaini, a player he signed for both Everton and Manchester United.

And Soucek is a similar player to the Belgian, who scored 37 goals in 260 Premier League appearances.

He poses a big threat from set-pieces, breaks into the box to attack crosses in open play and adds height when defending dead-ball situations.

The best of Soucek

Before Soucek arrived, West Ham had not posed much of a threat from corners and wide free-kicks, scoring just six goals in 25 matches.

But the tall midfielder netted twice from corners against Chelsea and Newcastle United, while his physical presence also acted as an effective decoy.

Opposing defenders were often distracted to such an extent that Soucek's team-mates began to get extra space to attack crosses themselves.

It is no coincidence the Hammers scored more than three times as many goals from set-pieces with Soucek in the starting XI.

This will be one of their core strengths this term.

Prior to his arrival the pairing of Declan Rice and Mark Noble could sometimes be overrun, but the industrious 25-year-old has reinforced the unit well.

Indeed, Soucek covers more ground than any other Hammers player, which enables Rice and Noble to concentrate on their key strengths.

Soucek is terrific at winning possession, averaging 1.9 interceptions per 90 minutes, and his qualities have given West Ham balance.

Well-suited to the Premier League, he can kick on in 2020/21 and further enhance his reputation.