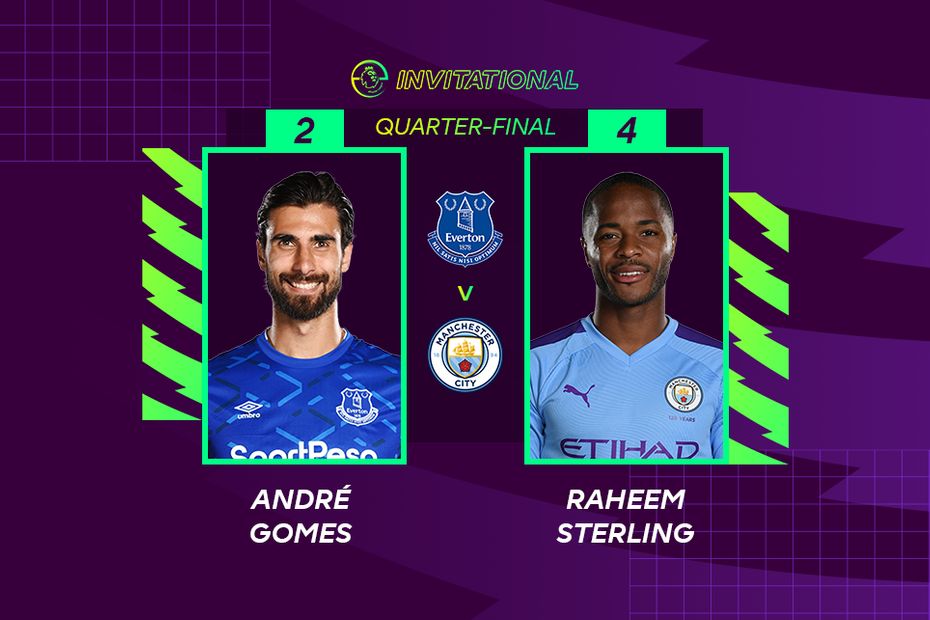 Sterling: No way am I losing to Alexander-Arnold's Liverpool
Laporte the hero with crazy goalline clearance for Man City in ePL!
Day 4 review: Liverpool and Man City to meet in semi-finals

Kevin De Bruyne put Sterling in front with a well-crafted goal that first-team manager Pep Guardiola would have been proud of, before Gomes levelled through Gylfi Sigurdsson in a tight first half.

A Sergio Aguero hat-trick in the second half sealed the victory, but Gomes had made it 2-2 through Sigurdsson before Sterling pulled off a sensational goalline clearance through Aymeric Laporte with the score at 3-2.

The Man City winger revealed he and Alexander-Arnold have faced off on FIFA 20 while away on international duty with England and is confident he can make it to the final.

"When I've got this little set-up here, he's not beating me!" Sterling joked ahead of Saturday's semi-final with the Liverpool defender.