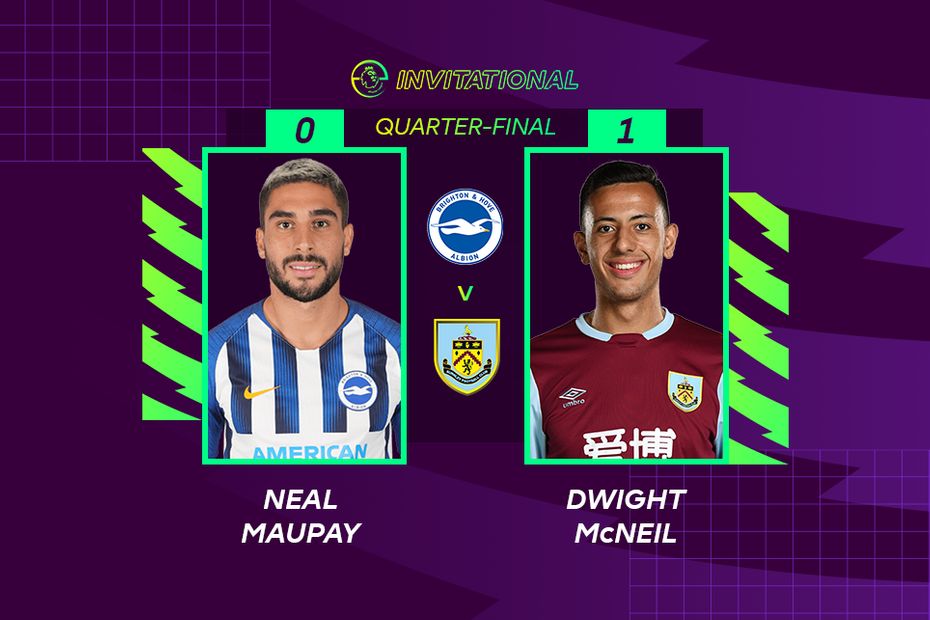 Dwight McNeil scored the first Golden Goal of the ePremier League Invitational to take Burnley through to Saturday's semi-finals at the expense of Brighton & Hove Albion's Neal Maupay.

McNeil had to dig in and had Nick Pope to thank after his goalkeeper made great saves from Glenn Murray, who had scored eight goals in Maupay's previous two matches in the tournament.

There was nothing to split the two teams after 90 minutes so it went to Golden Goal, meaning whoever scored first would progress and complete the line-up for the last four.

The decisive moment came when Jay Rodriguez struck past Mat Ryan as Burnley won a FIFA 20 match McNeil said was more tense than any other he's been involved in.

"I've not been that nervous before playing FIFA," he said. "I've never played a FIFA game that's been that tight!"