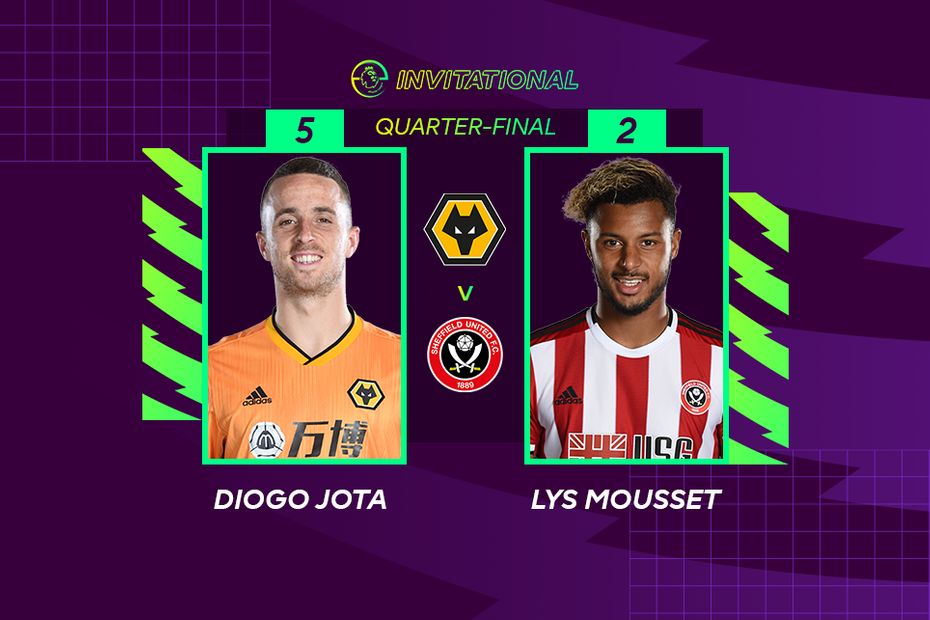 Diogo Jota scored twice with his in-game player as the Wolverhampton Wanderers forward beat Lys Mousset’s Sheffield United to progress to the semi-finals of the ePremier League Invitational.

Jota took a 2-0 lead in the second EA SPORTS FIFA 20 quarter-final thanks to a brace from Leonardo Campana.

His opponent pulled one back with Oliver McBurnie but Jota restored his two-goal advantage when George Baldock netted the first own goal of the tournament.

Mousset went straight up the other end and made it 3-2 through Richairo Zivkovic but Jota struck twice with himself, including a contender for goal of the tournament.

Mousset, however, backs Jota to reach the final.

"He is a good player," said Mousset. "I think he is going to go through."