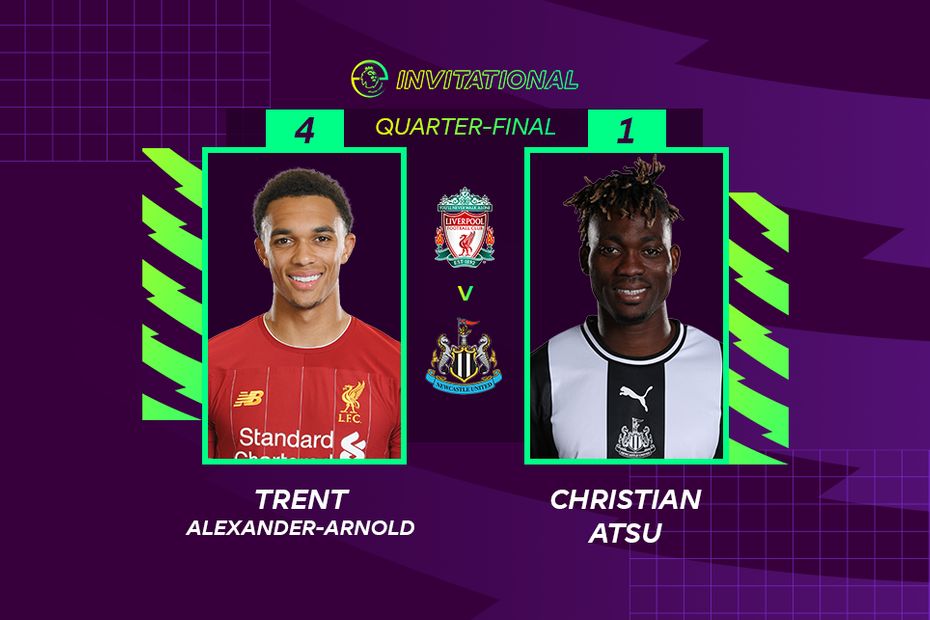 Trent Alexander-Arnold became the first player to qualify for the semi-finals of the ePremier League Invitational after beating Christian Atsu.

The Liverpool defender won 4-1 on EA SPORTS FIFA 20 against Atsu's Newcastle United, despite falling behind to an early Allan Saint-Maximin goal.

Alexander-Arnold turned it around with goals from Roberto Firmino and Georginio Wijnaldum to take a 2-1 lead into the break.

Second-half strikes from Mohamed Salah and Firmino secured the victory to set up a meeting with Manchester City winger and England team-mate Raheem Sterling, who knocked out Everton's Andre Gomes later in the day.

Asked about how he was able to keep his cool and come from behind, Alexander-Arnold said: "I try not to stress and make as few mistakes as possible. He scored the early goal but I was able to create my chances."

Atsu, meanwhile, admitted that the better man won: "It was a good game but he was better. I say congratulations to him."