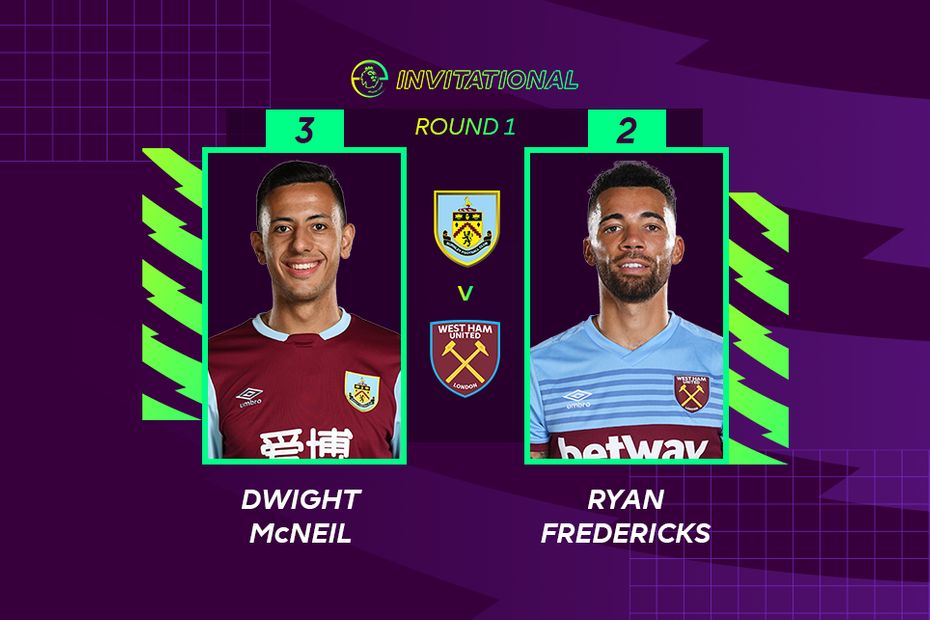 Dwight McNeil has sent Burnley through to the last 16 of the ePremier League Invitational with a 3-2 win over West Ham United's Ryan Fredericks.

Fredericks had fought back from two goals down but McNeil struck the winner as himself to set up a tie with Arsenal representative and You Me At Six singer Josh Franceschi in the next round.

"It's an amazing feeling [to score as myself]," said the Burnley winger.

Fredericks, meanwhile, hinted that the loss may force him to him follow in the footsteps of Aston Villa's John McGinn, who said he is retiring from EA SPORTS FIFA 20 after being defeated by Brighton & Hove Albion's Neal Maupay earlier in the day.

"Yeah, back on Call of Duty for me!" Fredericks joked.