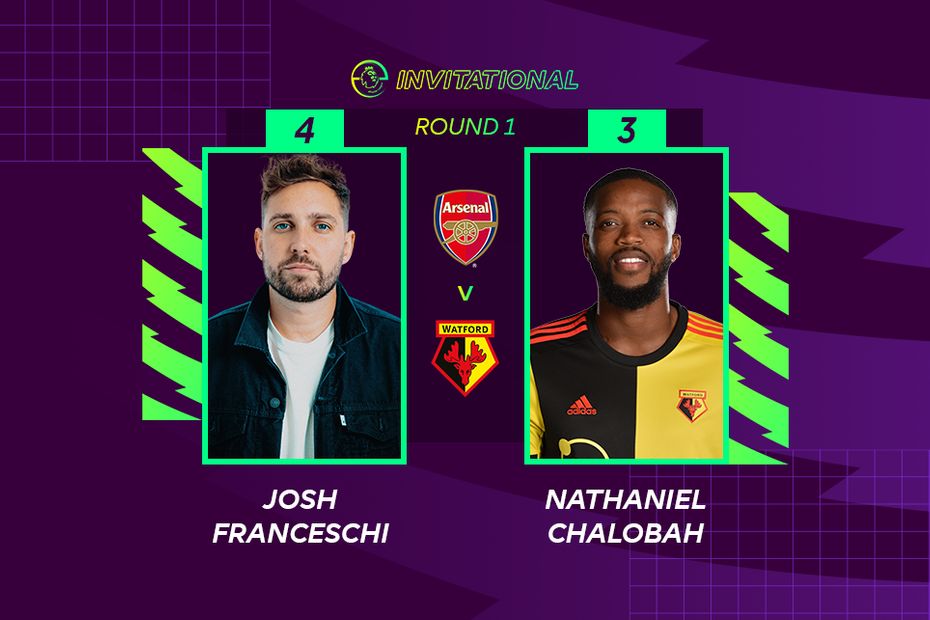 In the second match of the ePremier League Invitational Tournament Josh Franceschi eliminated Nathaniel Chalobah in a seven-goal thriller.

Franceschi, the lead vocalist of band You Me At Six, beat the Watford midfielder 4-3 at EA SPORTS FIFA 20 thanks to a hat-trick and late winner from Pierre-Emerick Aubameyang.