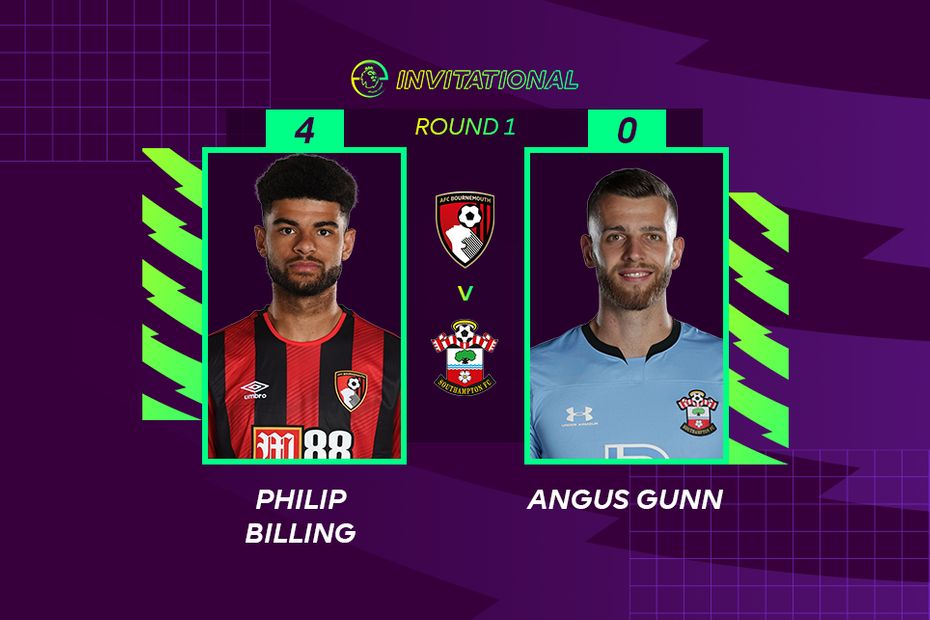 Day one of the ePremier League Invitational came to a close with Philip Billing knocking out Angus Gunn in an EA SPORTS FIFA 20 south-coast derby.

In doing so the Dane became the third player of the tournament's opening day to score as himself in the game, setting up a last-16 tie with Brighton & Hove Albion's Neal Maupay on Thursday.

The two other club representatives to progress from Tuesday's matches, Josh Franceschi of Arsenal and Dwight McNeil of Burnley, will also face each other in the next round.