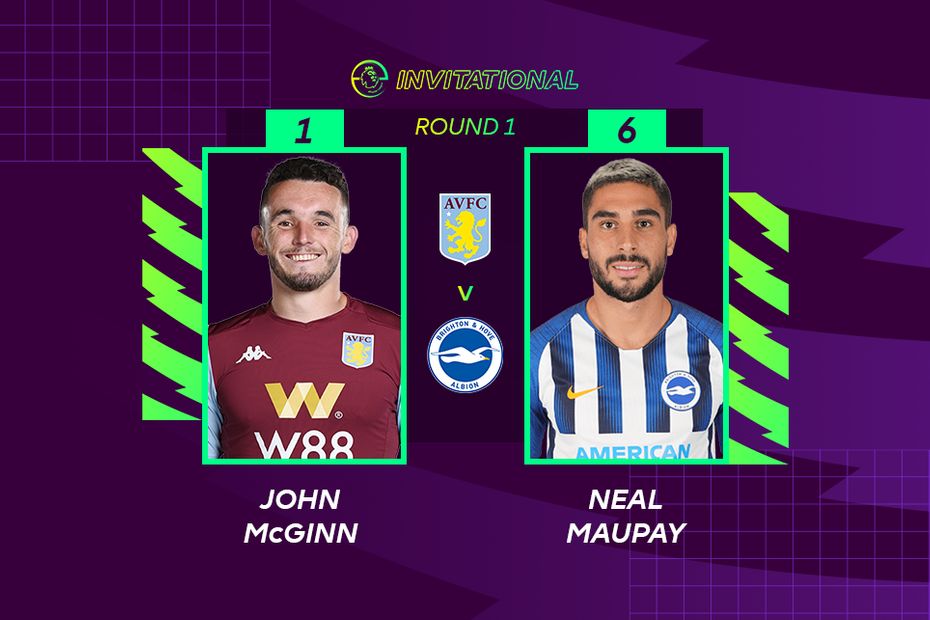 Neal Maupay has beaten Aston Villa's John McGinn in the opening tie of the ePremier League Invitational Tournament first round.

The Brighton & Hove Albion striker won 6-1 on the EA SPORTS FIFA 20 game, with the Frenchman playing a starring role as himself.

Maupay progresses to the last-16 stage, which begins on Wednesday, and will face Philip Billing after the AFC Bournemouth midfielder knocked out Southampton's Angus Gunn in the day's final match.