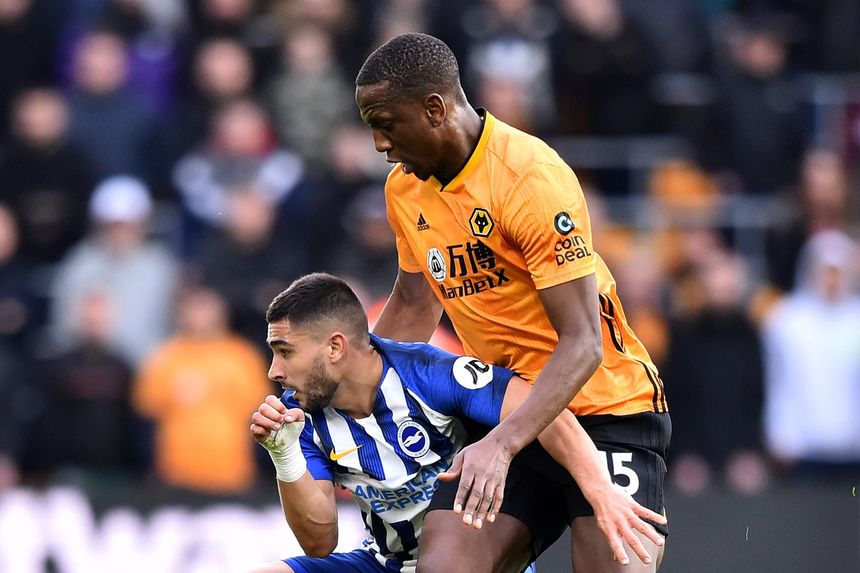 Wolves have four shutouts in five matches, a promising run of opponents and are one of just eight teams playing in two Gameweeks' time

The return of Willy Boly (£4.8m) in Gameweek 25 has been key to Wolves’ improving defence.

They have recorded seven clean sheets in the 13 matches the centre-back has started this season. By contrast, Nuno Espirito Santo's side conceded in all but one of the 16 fixtures Boly missed through injury.

Each of Wolves’ next three matches scores just two in the Fixture Difficulty Ratings (FDR).

And investment in the Wolves defence is further boosted by the reduced Gameweek 31.

Their home encounter with AFC Bournemouth is one of only four matches taking place that weekend.

It was a good day all round for defences, with six sides preventing their opponents from scoring.

John Lundstram (£4.8m) rewarded the loyalty of his 38.5 per cent ownership as he returned to the Sheffield United starting line-up.

In his first start since Gameweek 23, he produced 12 points thanks to a clean sheet and an assist in a 1-0 home win over Norwich City.

Lundstram’s haul moved him up to fourth spot among FPL defenders, totalling 128 points.

The Argentinian picked up an additional point in the Magpies’ 1-0 win at Southampton.

Indeed, his total of 13 bonus points this season has been bettered by only three other FPL defenders.

Big day for No 1s

Three of the six players who scored 10 or more FPL points on Saturday were goalkeepers.

Elsewhere, Bernd Leno (£5.0m) kicked off his Double Gameweek 29 in style with a clean sheet, two save points and maximum three bonus in Arsenal's 1-0 win over West Ham United.

Crystal Palace also won by a single goal against Watford, with Vicente Guaita (£5.1m) securing his third straight clean sheet. The Spaniard has returned 27 points in that period.

Jordan Ayew (£5.1m) scored the winner at Selhurst Park to highlight his value as a budget forward. He has delivered attacking returns in each of the last three Gameweeks.

Goals were in short supply on Saturday but the highly-owned Mohamed Salah (£12.7m) and Sadio Mane (£12.4m) were both on the scoresheet in Liverpool’s 2-1 home victory over AFC Bournemouth.

Salah is now the top-scoring player in FPL with 186 points. He goes above Kevin De Bruyne (£10.7m) who will hope for the chance to respond on Sunday if passed fit for the Manchester derby.

Mane, meanwhile, is the highest points scorer of Gameweek 29 so far after securing his seventh double-digit total of the season.

The Senegalese earned 13 points, supplying the assist for Salah's effort before netting the winner.