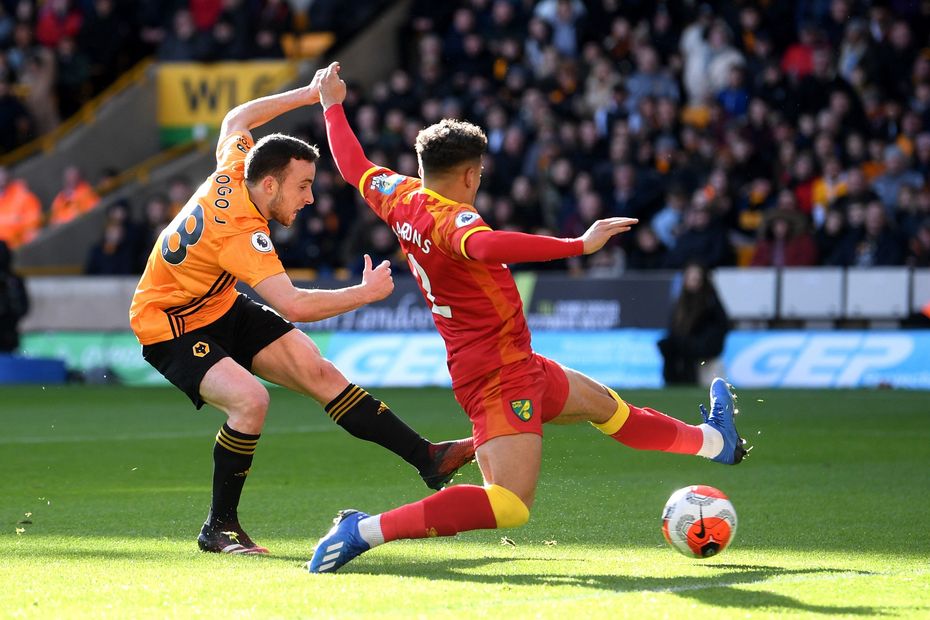 Jota pleased to get back to winning ways External Link
GW28 FPL team news: Get the club updates

A change of tactics appears to have lifted the prospects of the Wolverhampton Wanderers forward in FPL.

While playing in a 3-4-3 formation, Jota blanked in eight successive Gameweek appearances prior to last weekend's match against Norwich City.

But a move to 3-5-2 helped him deliver his season-high haul against the Canaries.

Playing up front alongside Raul Jimenez (£7.9m), he scored twice and supplied an assist to claim 16 points.

Jota has now scored five goals in his last two matches in all competitions, producing a hat-trick in a UEFA Europa League win over Espanyol last week.

A trip to Tottenham Hotspur can help him maintain his improved form.

Spurs have struggled in defence in recent matches, conceding two goals in three of their last four matches in all competitions.

He is the fourth most-bought forward ahead of Friday's 19:00 GMT deadline, earning over 74,000 new owners. And his schedule looks promising.

According to the Fixture Difficulty Ratings (FDR), all four of Wolves' matches over Gameweeks 29 to 32 score just two.

If Wolves continue with their new tactical set-up, Jota can enjoy more success in the coming weeks.