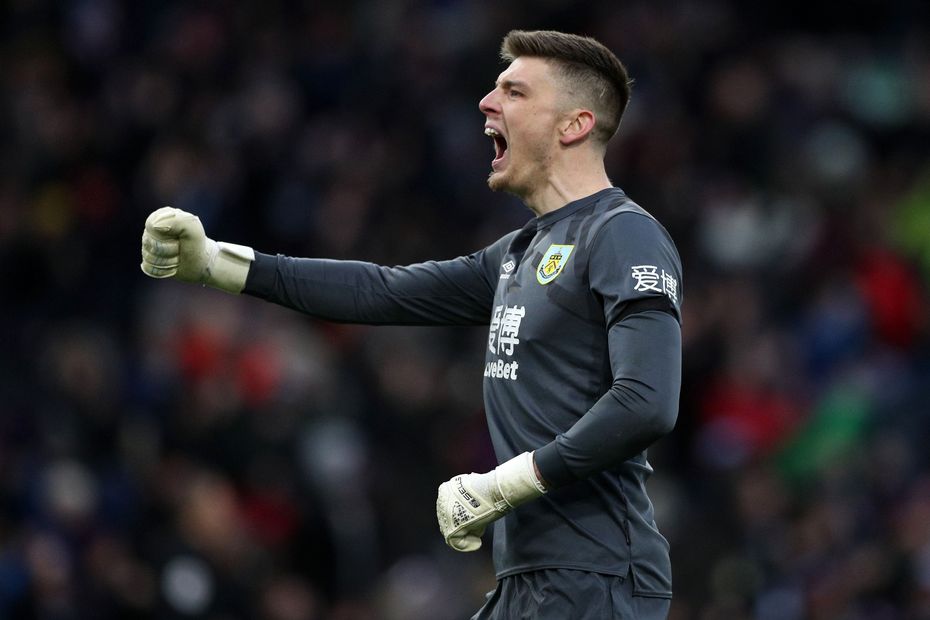 A seventh home clean sheet of the season has helped Nick Pope (£4.7m) to the top of the goalkeeper standings in Fantasy Premier League.

Pope also earned a save point and two bonus points in Burnley's 3-0 win over AFC Bournemouth on Saturday.

That boosted his total to 116 points this term, one ahead of Dean Henderson (£5.2m) of Sheffield United.

No goalkeeper has recorded more clean sheets than Pope’s total of 10.

And in terms of value, his 24.7 points per million is the best of any player in FPL.

Leicester's No 1 got his first double-digit haul of the season. He saved Sergio Aguero's (£12.0m) second-half penalty to record a 12-point return.

The Dane is third in the goalkeeper standings and has a favourable run of opponents to boost his potential. According to the Fixture Difficulty Ratings (FDR), each of his next four matches score only two.

Newcastle United also have a kind schedule coming up which can lift Martin Dubravka's (£5.0m) appeal.

The Newcastle goalkeeper has picked up at least one save point in 14 of his last 15 matches, with another two coming in Saturday's 1-0 defeat to Crystal Palace.

Patrick van Aanholt (£5.5m) struck the winner at Selhurst Park and is the Gameweek’s leading scorer so far on 15 points.

Among The Scout’s Ones to watch in Gameweek 27, the Dutchman scored his third goal of the campaign on Saturday.

Burnley pair Dwight McNeil (£6.0m) and Phil Bardsley (£4.3m) were the only other players to record double-digit returns.

Both supplied an assist against AFC Bournemouth, with McNeil also scoring for the first since Gameweek 10 to record his season-high haul of 14 points.

It was a day for differentials in attack as all 14 of the midfielders and forwards who scored or assisted were owned by fewer than 10 per cent of Fantasy managers.

While Danny Ings (£7.1m) disappointed his 33.6 per cent ownership by blanking in Southampton's 2-0 win over Aston Villa, his team-mates Shane Long (£4.6m) and Stuart Armstrong (£5.2m) highlighted their budget appeal with a goal apiece.

All three of Armstrong’s goals this season have come in his last five Gameweek appearances.

Neal Maupay (£5.8m) equalled that haul after being recalled for Brighton & Hove Albion. The forward scored in his first start since Gameweek 24 to earn his side a 1-1 draw at Sheffield United.