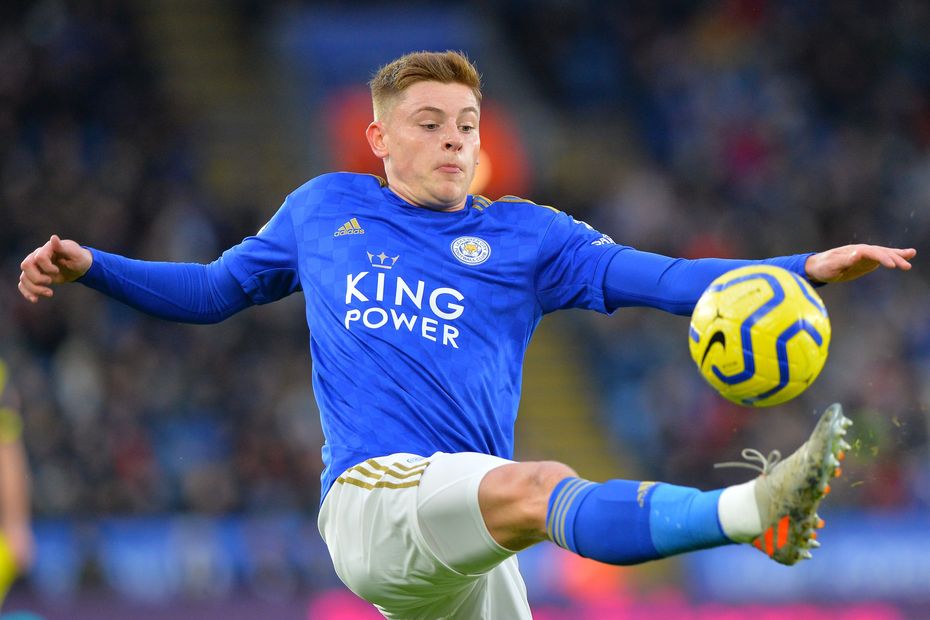 Manchester City will need to watch out for the wing play of Harvey Barnes at King Power Stadium on Saturday.

Leicester City's 22-year-old is in fine form, having produced three goals and two assists across his last five appearances.

Combining his speed with quality end product better now than at any other stage this term, Barnes will be confident of making an impact against Pep Guardiola’s men.

Three of the winger's six Premier League assists this season have been for Jamie Vardy.

At his best on the counter-attack it was Barnes who delivered a sublime outside-of-the-foot pass to release the striker to score on the break in a 3-1 defeat at City just before Christmas.

With space in front of them to explode into, they are two players who can cause plenty of damage.

Barnes has an excellent support network around him.

Left-back Ben Chilwell is developing a fine chemistry with his fellow Englishman, feeding him the ball at every opportunity.

Playmaker James Maddison also likes switching it to Barnes too, making more than double the number of passes to him than any other Leicester midfielder.

If this lively trio form overloads down Man City’s right side the visitors will find it hard to contain them.

Who links up best with Barnes?

The champions will require high stamina levels to cope with Leicester's running power, too.

Barnes and Chilwell, with 13.4 and 16.2 respectively, average more sprints per 90 minutes than any other Foxes player.

They are an energetic and enterprising pair.

In late August Barnes smashed a stunning half-volley past Dean Henderson with his right foot to score the winning goal at Sheffield United.

It won him the Budweiser Goal of the Month award and the quality of the strike suggested he would be a regular on the scoresheet this season.

Instead a goal drought of over four months was to follow.

But in recent matches he has rediscovered confidence in front of goal, scoring against Burnley, West Ham United and Chelsea.

Interestingly, Barnes is taking fewer touches inside the box now than earlier on in the campaign.

He is also attempting fewer shots than he did prior to the Matchweek 18 reverse fixture with Man City.

The difference is self-belief.

More relaxed in crucial moments, Barnes has found a clinical edge inside the final third.

This is a sign that he feels a key part of the side.

Barnes is the fastest of Leicester's attacking players.

Across the entire league only six have exceeded his top speed this season, one of them being team-mate Caglar Soyuncu.

He has improved his footwork and decision-making in tight areas but it is still sprinting into empty spaces that suits him best.

As a team, Leicester are learning how to utilise his strengths.

When they leave the left channel clear for him and encourage Barnes to hold his width, it helps provide the room he needs.

With and without the ball he covers the ground at incredible speed.

That is why on transitions Leicester now look to use the pace of Barnes just as much, if not more often than they do Vardy.

Two-footed, quick and with an eye for a pass, Barnes has always been a player who just needed to add goals to his game to become the complete winger.

The signs suggest he is on the way to doing just that.