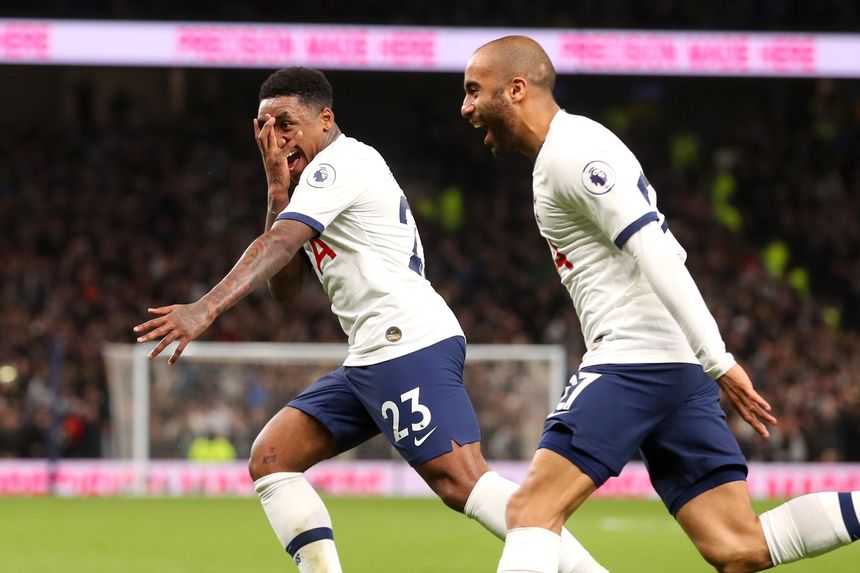 Pairing Steven Bergwijn with Lucas Moura as a front two can help Jose Mourinho to a first win at Stamford Bridge as a visiting manager.

Mourinho takes Tottenham Hotspur to the home of his former Chelsea side without the injured Son Heung-min and Harry Kane.

Son and Kane have scored 20 of Spurs' 43 Premier League goals this season, so the visitors need others to step up.

Experimenting with Bergwijn and Lucas going forward would be a bold move, but they do have the potential to form a fast, exciting partnership.

A system to test Chelsea

Much of Chelsea's attacking play stems from their full-backs. But this could change on Saturday should Spurs go with two wide centre-forwards.

If gaps are left for Bergwijn and Lucas to move into down the flanks, Chelsea could be exposed by one long pass.

As we have seen, Mourinho’s Spurs are not afraid to counter and those two can be terrific outlets.

Chelsea's defence have also looked far from solid, conceding twice in each of their last three matches.

In defeats to Manchester United, Southampton and Everton, Frank Lampard's side have failed to deal with the threat of two forwards.

So should Mourinho choose to be positive with his team selection, he could be rewarded.

Bergwijn has got off to an excellent start in north London, scoring a brilliant volley on his debut against Manchester City, and at Aston Villa it was his surging run from his own half that led to Spurs winning a penalty.

No one else at Spurs has enjoyed more touches in the opposition area during the last three matches in all competitions than Bergwijn.

The Dutchman has fired off an impressive eight shots as well.

During his time with PSV Eindhoven, Bergwijn was used on the left, right and centre of their forward line, so moving into a split-striker role would not faze him.

Mourinho may stick with him on the left, where he provides natural width. But, either way, dealing with Bergwijn’s power and pace is not a prospect Chelsea's centre-backs will relish in Saturday's early kick-off.