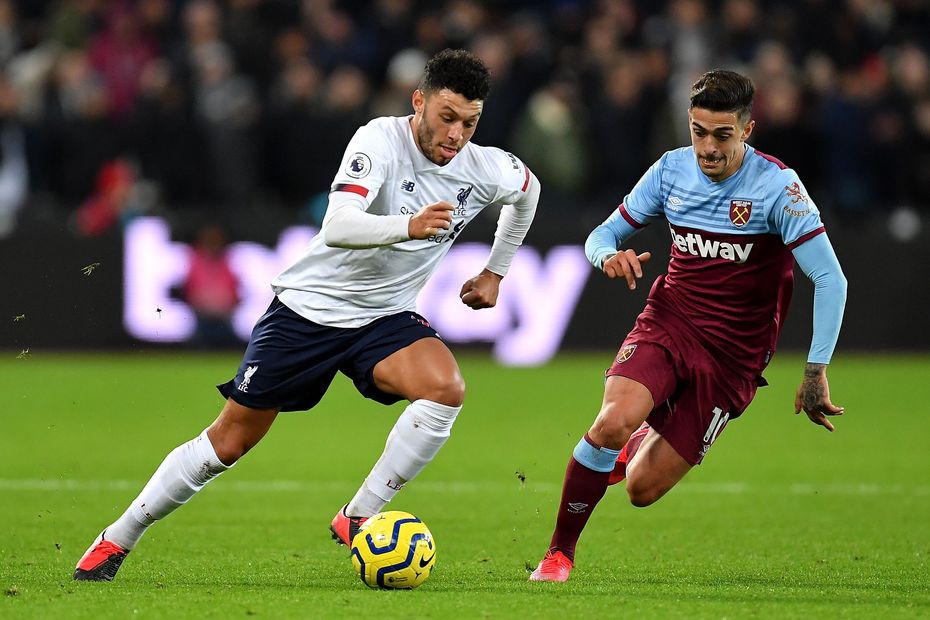 Alex Oxlade-Chamberlain has been used in a number of roles by Jurgen Klopp this season and is becoming a key member of Liverpool's squad.

The versatile midfielder has been eased back from a long-term knee injury, making only 11 starts, usually filling in on the left wing or on the right side of a three-man midfield.

In the leaders' last match at Norwich City he started instead of the fit-again Sadio Mane in attack.

But against West Ham United on Monday night he is likely to drop back into midfield after a hamstring issue ruled out captain Jordan Henderson for three weeks.

No matter where he plays, Klopp can count on Oxlade-Chamberlain to perform consistently when called upon.

Adding to the artillery

Scoring three goals at a rate of one every 309 minutes, Oxlade-Chamberlain is the most likely Reds midfielder to find the back of the net.

Against AFC Bournemouth and Southampton his goals came from the left, but he is actually more likely to shoot from a central position.

Oxlade-Chamberlain attempts 2.4 shots per 90 minutes from that deeper-lying role, compared with 1.5 per 90 as a member of the forward line.

The former Arsenal man has also averaged 2.4 successful dribbles per 90 minutes in seven starts as a central midfielder.

When playing out wide that figure drops to just two from four starts.

While his top of speed of 32.7km/h is not the quickest, it is his change of pace that is a real asset when he is playing through the middle, similarly to Naby Keita.

Ideal for the Hammers

If West Ham set up defensively, as they did in their 2-0 defeat to Manchester City, Oxlade-Chamberlain would be a wise inclusion.

When opponents sit deep and invite pressure, the England international has the ability to force them to come out of their compact shape.

His surging runs from deep will need to be tracked, especially when Roberto Firmino drops further back to link play.

Oxlade-Chamberlain has been an excellent alternative for Klopp this season, but at the age of 26 he will surely want to be regarded as more than a stop-gap player.

At Anfield on Monday night he may well get another chance to state his case.