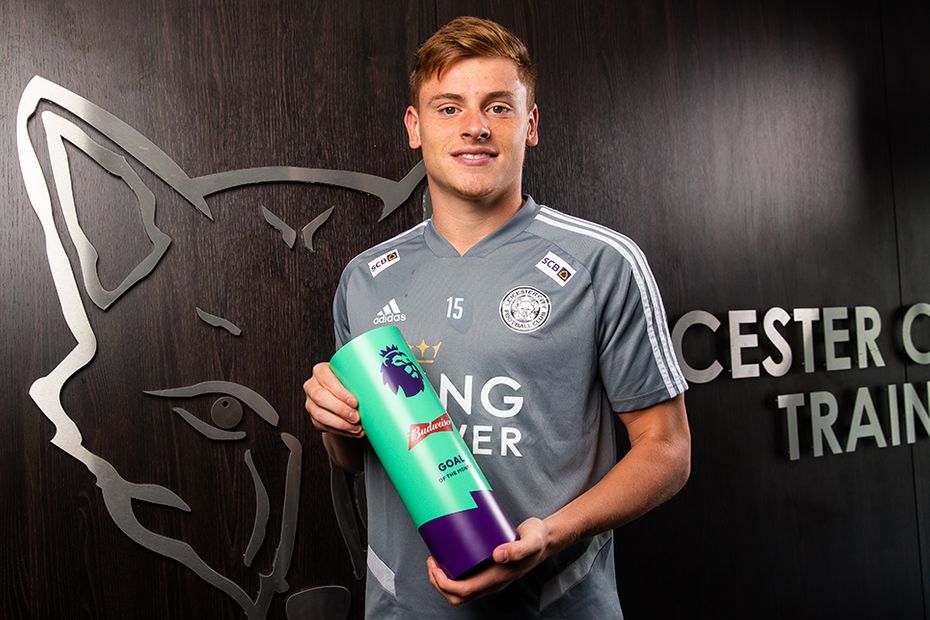 Harvey Barnes has won the August Budweiser Goal of the Month award for his thunderous half-volley at Sheffield United.

After coming on as a substitute, Barnes met a header from Leicester City team-mate Caglar Soyuncu and drilled an unstoppable shot that flew past goalkeeper Dean Henderson.

Not only was it a stunning strike but it proved to be the winning goal as the Foxes inflicted upon the Blades their only defeat of the campaign so far.

“I just knew I had to hit it!" Barnes told Leicester's official website. "There were too many people in the box to take a touch, so I think it was just all about keeping my eye on the ball and making sure the technique and the contact was right.

“I’ve played with Deano [Henderson] a few times so I know he’s capable of keeping them out, but thankfully it travelled a bit too quick for him!”

Barnes was chosen as the winner by a panel of experts combined with a public vote, beating seven other August contenders.