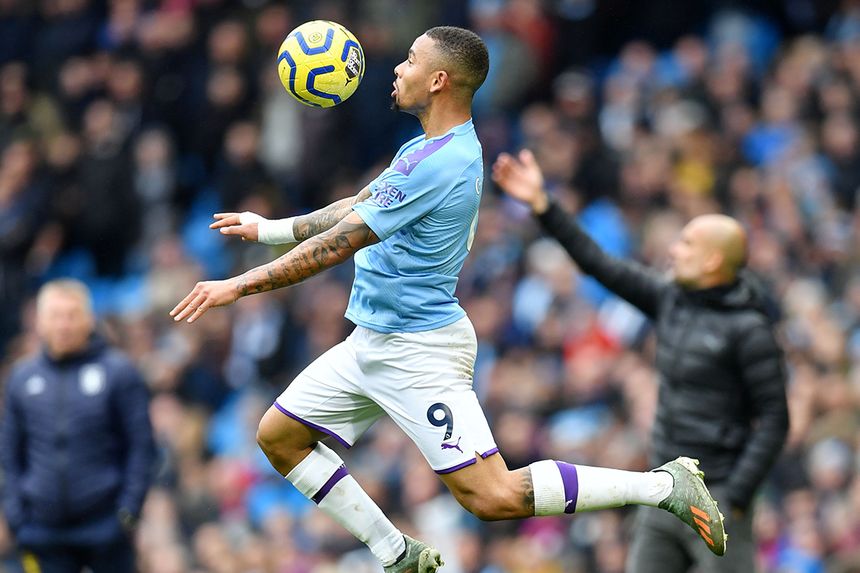 The Brazilian looks set for a run of starts up front for Manchester City following an injury to Sergio Aguero (£11.9m).

Jesus has been restricted to only four Gameweek starts in FPL this season.

Yet he has been a consistent source of returns on each of those occasions.

He has scored away to West Ham United, Crystal Palace and Everton and also supplied an assist against Aston Villa at home.

When named in the Man City starting XI, Jesus has averaged six points per match this season.

The 22-year-old has been similarly reliable in the 2019/20 UEFA Champions League.

He supplied the decisive pass for Ilkay Gundogan's (£5.2m) opener in a 1-1 home draw with Shakhtar Donetsk on Tuesday evening.

The Brazilian has scored or assisted in all three of his starts in Europe this season.

He has averaged a shot inside the penalty area every 19.3 minutes, slightly ahead of Aguero's 21.9 minutes.

But he has been far more accurate than the Argentinian.

Jesus has had a shot on target every 46.4 minutes compared with the 67.6 minutes of Aguero.

A trip to Newcastle United hands Jesus the chance to get more FPL points in Gameweek 14.

The Magpies are without a clean sheet in five matches, conceding twice to both West Ham and Villa in the last three Gameweeks.

Jesus can take advantage of those defensive issues and become a more-than-able replacement for Aguero in FPL.