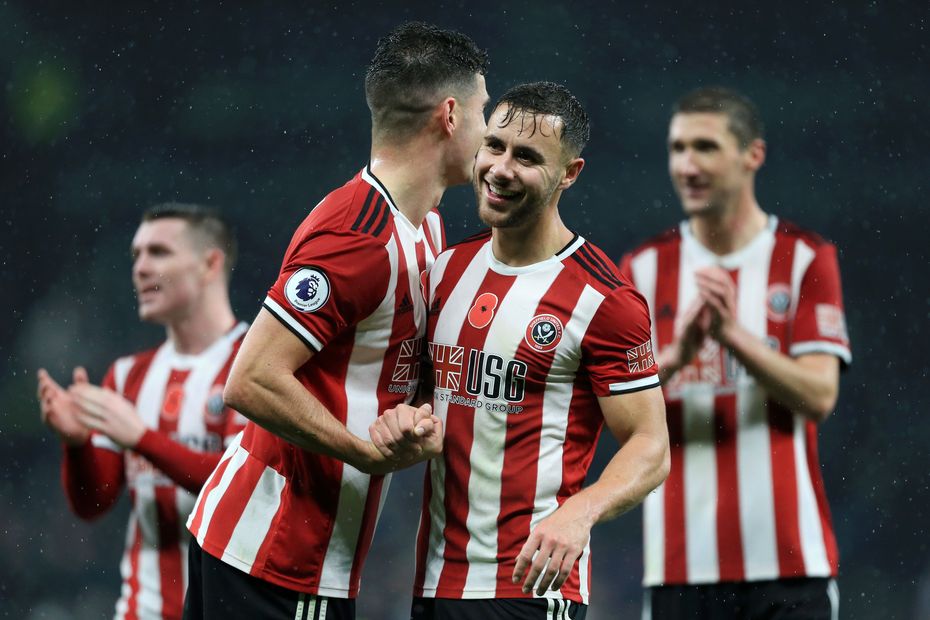 Chris Wilder’s side have enjoyed an excellent start to the campaign, sitting fifth after a series of fine defensive displays.

Their five clean sheets are the joint-most, along with Leicester City and Manchester City.

And their upcoming run of opponents can help extend that number, with five of their next seven matches score only two on the FD.

That could tempt owners of John Lundstram (£4.9m) to pair him with another Blades defender in their quest for further shutouts.

With this in mind, here are four Sheff Utd players for FPL managers to target.

The top-scoring defender in FPL, Lundstram’s 70 points have boosted his ownership to 41.8 per cent.

Playing in midfield, he has three goals, one assist and 10 bonus points.

The underlying statistics show why. His 18 shots and 14 shots inside the box are both team-leading totals for the Blades.

Lundstram's 21-point haul against Burnley in Gameweek 11 is the highest individual return of any player this season.

The left wing-back has been one of the most consistent defenders in FPL this season.

Stevens has produced attacking or defensive returns on seven occasions.

Only six defenders better his total of 51 points, yet he is found in just 2.4 per cent of squads.

A big source of creativity, his 12 key passes match Lundstram's total over the opening 12 Gameweeks.

Managers looking for a cut-price partner for Lundstram in the Blades defence should consider Baldock, pictured top.

Baldock is the third-best outfield player in FPL in terms of value, returning 11.3 points per million.

The right wing-back has one goal and one assist this term, having scored at Tottenham Hotspur in Gameweek 12.

It is not just the Sheff Utd defence who are worth targeting.

Mousset is in great form, having produced two goals and three assists in the last four Gameweeks.

The Frenchman appears to have secured a regular role in Wilder’s side, with all three of his starts this season coming in that period.

Mousset looks a tempting option up front for FPL managers who prefer a 3-5-2 formation.