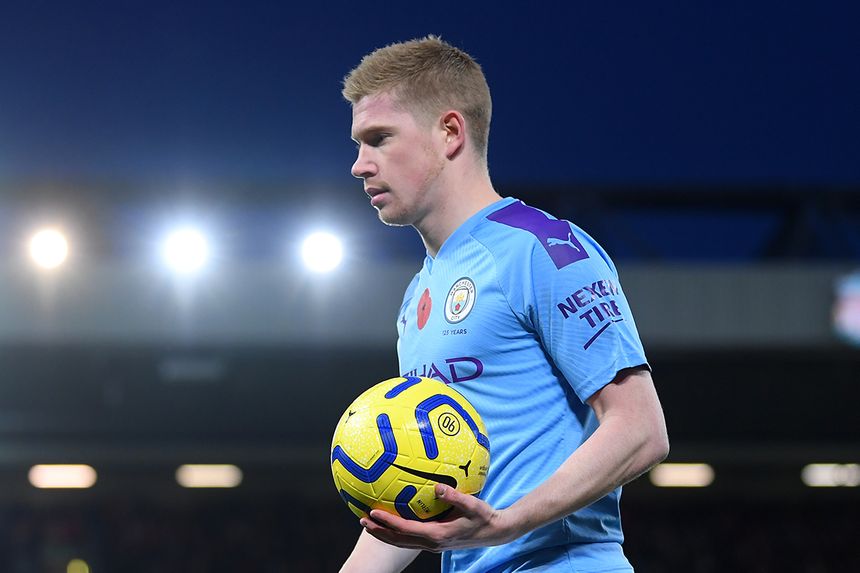 The Belgian's return from injury this season has boosted Manchester City's FPL prospects at set-pieces.

Pep Guardiola's side have had 62 shots from such situations, a league-leading total.

And De Bruyne has been instrumental to their goal threat.

Top teams for shots from set-pieces

The 28-year-old has taken 72 of the 110 corners Man City have been awarded and delivered 24 successful ones into the box, more than any other player in FPL.

His total of 13 chances created from set-pieces rank third overall.

Combined with his distribution from open play, De Bruyne has been the league's most creative player in 2019/20.

His 43 key passes and 10 assists are more than any other player this season.

However, it is AFC Bournemouth who have been the most prolific side from set-pieces, scoring seven goals to Man City's six.

The Welshman has scored two of his four goals from free-kicks or corners, and no player in FPL has bettered his total of seven shots from direct free-kicks.

The Cherries' left-back Diego Rico (£4.3m) has also profited from a big share of free-kicks and corners, creating 10 chances this way.