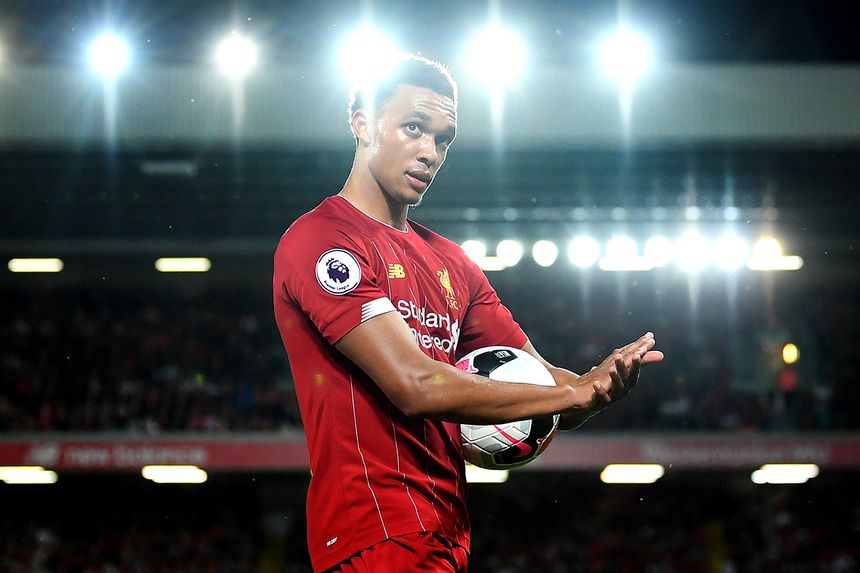 The Scout begins a series of articles on the players offering the biggest potential for Fantasy Premier League points from set-pieces.

The right-back has been a standout supplier from free-kicks and corners in the opening 12 Gameweeks.

The Liverpool right-back has produced 18 opportunities from such situations, three more than his nearest rival and fellow defender Lucas Digne (£5.9m).

Rotate device if viewing on mobile

Alexander-Arnold has improved considerably when assessed against his contribution last season, already surpassing his total of 17 chances created from set-pieces.

Indeed, two of his four assists in 2019/20 have come from free-kicks and corners.

A large share of corner duties has boosted his FPL potential. He has taken 50 of Liverpool's 76 corner kicks, with 16 of those finding a team-mate.

Combined with his delivery from open play, Alexander-Arnold has created 42 chances for the Merseysiders overall.

That total is top among defenders, with Everton's Digne once again his nearest backline rival on 31.

Again, a comparison with 2018/19 highlights Alexander-Arnold's upturn in assist potential.

He has created a chance every 26 minutes this season, almost half his average of 51 minutes from the last campaign.

Alexander-Arnold is the sixth top-scoring defender in FPL on 52 points.

And his schedule looks promising for his 29.3 per cent ownership.

According to the Fixture Difficulty Ratings (FDR), four of his next five matches score just two.

Combined with his potential for clean sheets, that boosts his chances of bringing in big points hauls.