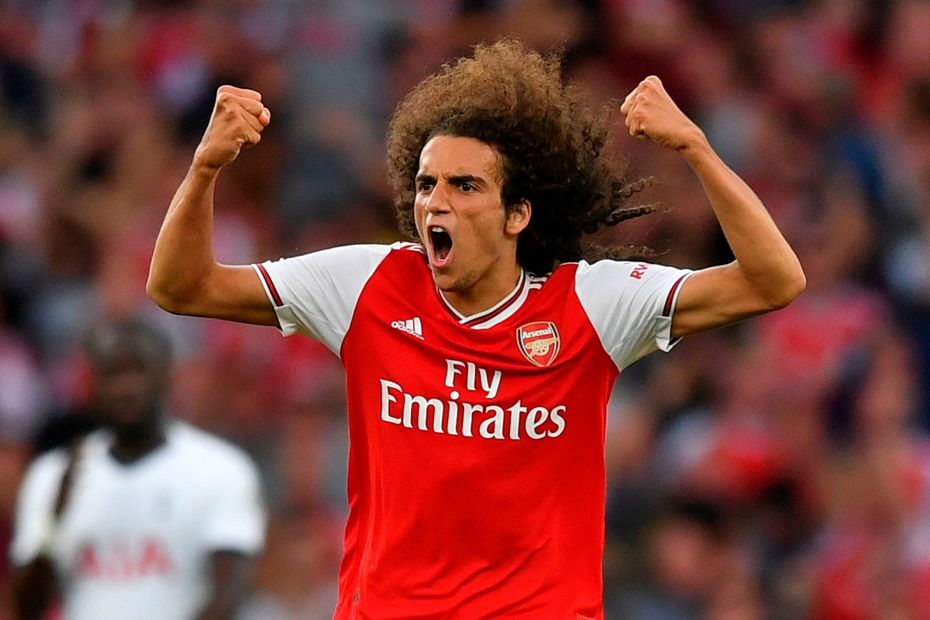 Arsenal's impressive midfielder has emerged as a must-pick for Unai Emery this season.

In powerhouse performances against Tottenham Hotspur and Aston Villa, the Frenchman almost single-handedly dragged Arsenal back from losing positions.

His impact against Villa in Matchweek 6 was described as that of a "warrior" by Alan Shearer, earning the young Frenchman a place in his Team of the Week.

Guendouzi's purposeful passing and forward surges in support of Arsenal's attack are highlights of his play.

At home to Villa he picked out Nicolas Pepe on 13 occasions, more than any team-mate, while in the north London derby he sought out Pierre-Emerick Aubameyang the most times, with nine passes.

Over the course of the first eight matches Guendouzi has also picked out Dani Ceballos 43 times, more than any other team-mate, even though they have been on the pitch together for just 439 of the total 720 minutes.

These numbers are an indication of how much the 20-year-old likes to involve Arsenal's most creative talents.

Guendouzi has looked at home ever since making his Gunners debut last season as a little-known teenager.

He wants to receive the ball and make passes as often as possible. In that respect he is as dominant as Granit Xhaka and Ceballos.

Passing accurately and with enormous regularity, the player with just 41 appearances to his name stamps his authority on matches like a seasoned pro.

Guendouzi's all-action approach means he is well suited to playing at the base of Arsenal's midfield as a mobile defensive midfielder.

He has thrown himself into more 50-50 duels and tackles than any of his team-mates, with 88 and 16 respectively.

Even so, Emery views him as more of a box-to-box operator.

In that more advanced position Guendouzi has excelled both on and off the ball, lifting the tempo of Arsenal's performances time and again.

Although he is still prone to the occasional ball loss inside his own half, Guendouzi has been caught in possession far less frequently in 2019/20.

Indeed his form has been outstanding in this second season, with his enthusiasm, drive and precocious leadership qualities rubbing off positively on his team-mates.

Whether Emery selects a central midfield pair or prefers three in the middle at Sheffield United on Monday, Guendouzi has emerged as a crucial fixture in the Gunners' starting XI.