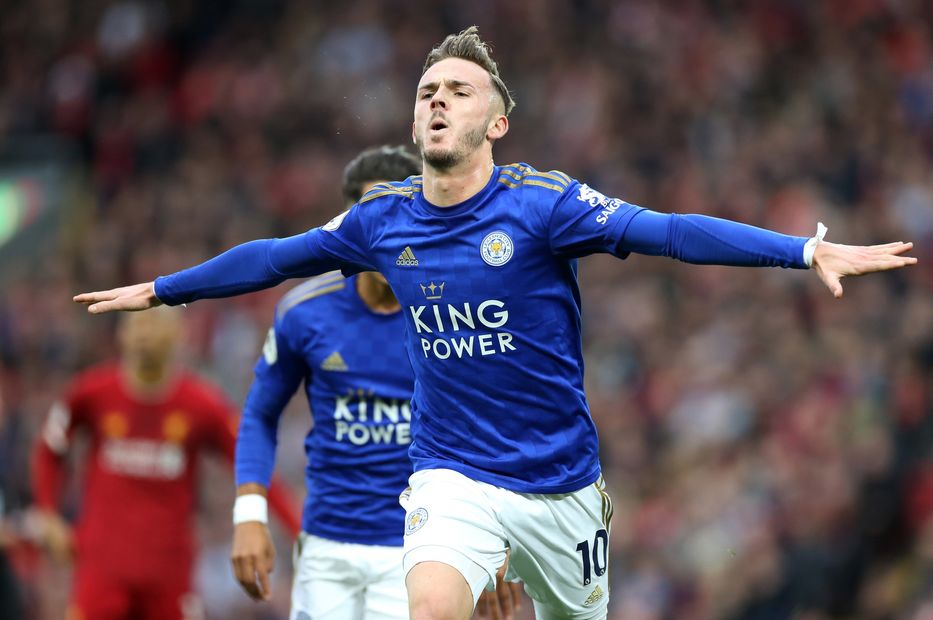 There is no sign of Leicester City's chief playmaker suffering from second-season syndrome.

Maddison has built on an excellent debut campaign as a Premier League player with an equally brilliant start to 2019/20.

It was a sign of Maddison's importance to his side that he was restored to the starting line-up for last week's last-gasp loss to Liverpool.

Having missed the 5-0 victory over Newcastle United with an ankle injury, Brendan Rodgers still immediately found a place for his fit-again star.

The 22-year-old is blessed with great balance and spatial awareness.

Those qualities allow him to find spaces all over the pitch and comfortably receive the ball on the half-turn in tight areas.

Whether playing as a central attacking midfielder or drifting inside from the left wing, Maddison links Leicester's play in the opposition half.

This has allowed the Foxes to change their style. They are no longer a one-dimensional counter-attacking team.

Thanks to Rodgers and Maddison, Leicester can now pass through the thirds as effectively as the best teams in the Premier League.

Maddison is not a particularly quick player. Nor is he known for possessing fancy footwork.

But the Englishman is still one of the most effective dribblers in the Premier League.

Most successful dribbles per 90 mins

His ability to glide past opponents also makes him a marked man.

He is the fourth-most fouled player in the division, with only Lucas Torreira, Jack Grealish and Wilfried Zaha being brought down more per 90 minutes.

This earns Leicester a lot of free-kicks, something that he himself is an expert at taking.

It may come as a surprise that Maddison is attempting more shots on average this season than two-time Golden Boot winner Harry Kane.

He is always eager to catch out the goalkeeper with an early strike, something he did successfully last month to secure a 2-1 win over Kane's Tottenham Hotspur.

Maddison will just hope to improve his aim as he bids to increase his tally of nine goals in 43 Premier League appearances.

His 11 shots off target are the second-most in the league, behind only Sergio Aguero, so this is one area to work on.

In tandem with Tielemans

The attacking ambition of Maddison and his box-to-box partner Youri Tielemans has forced opponents to focus less on Jamie Vardy.

Both men have had more shots this season than the star striker, who has been happy to wait for the right opportunities.

The impressive Vardy has scored five Premier League goals at a superb conversion rate of 41.7 per cent.

This combination of Vardy, Maddison and Tielemans is now the heartbeat of a Leicester side lying fourth in the table and determined to stay there.

At the age of 22, and only 14 months into his career as a top-flight player, Maddison has already become integral to one of the best sides in the competition.