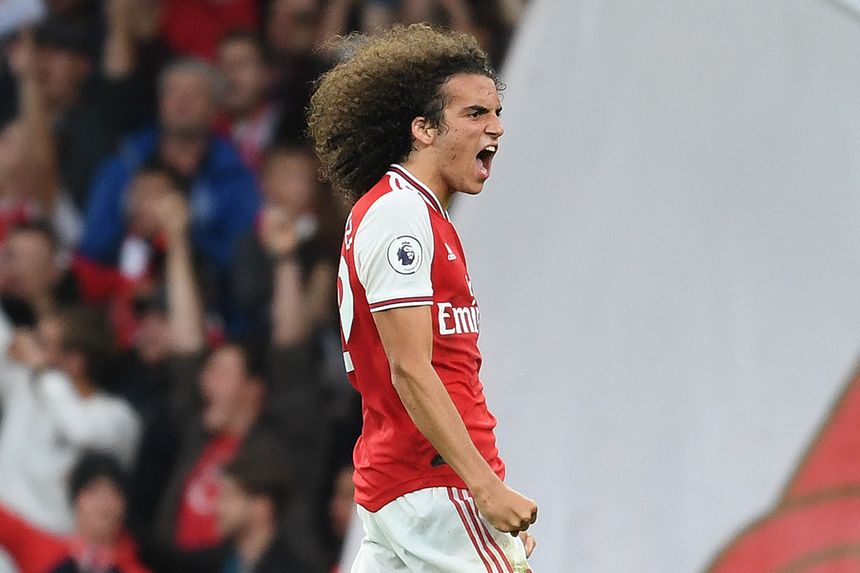 A "warrior" display from Matteo Guendouzi helped Arsenal beat Aston Villa 3-2 and earned the midfielder a place in Alan Shearer's Team of the Week from the sixth round of matches.

An ever-present for Unai Emery's side this season, Guendouzi was a powerhouse as Arsenal twice came from behind, and with a man down, to seal a dramatic late win.

📣 @alanshearer's Team of the Week is in 📣

Thoughts on the XI? pic.twitter.com/DzZT2Siqm3

The West Ham United goalkeeper made a vital save when his side were 1-0 up against Manchester United.

A superb goal by the right-back capped a very good performance by Jurgen Klopp's table-toppers.

The Turkish centre-back was solid, strong and defended very well against Harry Kane.

The left-back came into the West Ham side and made an impact at both ends. He scored a stunning free-kick and didn't give anything away defensively either.

The young Frenchman made the most passes and created three chances. Arsenal needed a warrior to get past Villa and he turned up.

The gifted Belgian provided us with another stunning display of crossing and weighed in with a wonderful goal. What a strike!

Maddison scored a brilliant winning goal and was my man of the match. His first England cap is coming very soon!

The Spanish magician was outstanding again. I just love watching him play.

In an incredible team performance by Manchester City, this Silva also stood out individually with a stunning hat-trick.

The powerful forward scored his first goals of the season to get three important points for Burnley.

After the disappointment of losing to Norwich City last week, Guardiola got his men back in unstoppable form, storming into a 5-0 lead in a record opening 18 minutes.