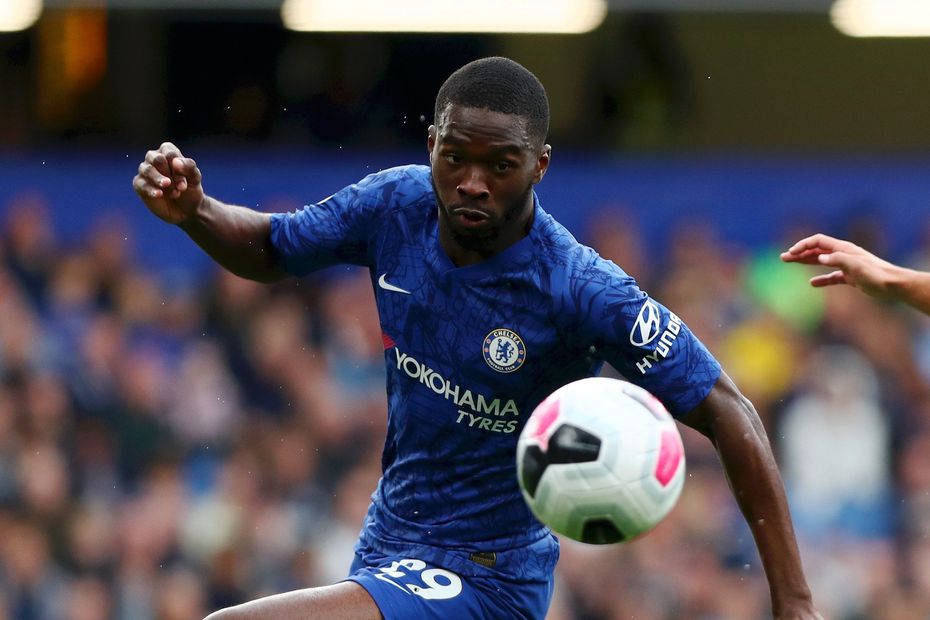 Chelsea youngsters Tammy Abraham and Mason Mount have rightly earned rave reviews this term but they are not the only academy graduates blossoming under Frank Lampard.

Central defender Fikayo Tomori has been just as impressive.

Delivering near-flawless performances in the last four Premier League matches, the 21-year-old is currently the most assured and consistent member of Chelsea's back four.

He will travel to Southampton on Sunday with a spring in his step having been called up to the England squad for the first time.

In the absence of the injured Emerson, Marcos Alonso is expected to start at left-back at St Mary's Stadium.

Like Emerson, Alonso is an adventurous full-back who threatens when going forward but is prone to the occasional lapse in concentration when defending.

To protect that side of the pitch, which has been targeted by opponents, Chelsea need a quick and athletic centre-back who can slide across to cover any gaps.

Tomori is an ideal fit on the left side of Lampard's defence.

See Tomori's journey to the top

He faced a tough test when Chelsea hosted Liverpool last month but excelled throughout, shackling Mohamed Salah magnificently by repeatedly nipping across and getting tight.

Playing with aggression and maturity, Tomori won 75 per cent of his duels and four tackles down that flank, making Salah anonymous.

Lampard will be confident the youngster can handle the darting runs of Nathan Redmond and movement of James Ward-Prowse and Sofiane Boufal.

Tomori has stood out in Chelsea's defence both on and off the ball.

He made 90 passes in last weekend's 2-0 home win over Brighton & Hove Albion, 21 more than any team-mate, and completed 90 per cent of them.

He also has a goal this season after a stunning long-range strike against Wolverhampton Wanderers.

Out of possession, his strength and intelligent reading of the game has helped him win more interceptions and duels than Chelsea's other centre-backs.

And his pace, combined with that of Chelsea's quickest centre-back this season, Andreas Christensen, has allowed the team to defend with a higher line.

Lampard's new-look Chelsea have a fresh energy about them all over the pitch.

The hunger and enthusiasm young players have has meant their off-the-ball work has been excellent.

Winning many more tackles and interceptions per match than last season and performing at a faster tempo, they are more difficult to play against than under Maurizio Sarri.

Southampton have the quality of their own to trouble any opponent at St Mary's.

Indeed, they have scored in each of their last 17 home matches, their longest run in the Premier League.

But Lampard's bright and tenacious side will not be passive on the south coast.

And if Tomori maintains his current form, he could become Chelsea's left-sided centre-back for years to come.