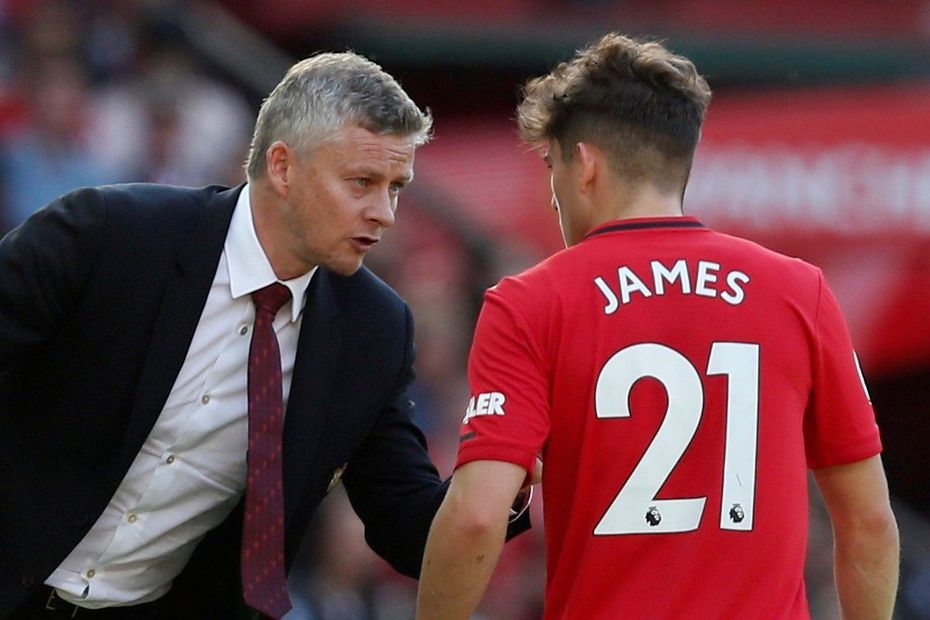 Manchester United have not scored more than once in a Premier League match since the opening weekend of the season, which must be concerning for Ole Gunnar Solskjaer.

The Norwegian's team are short of creativity at the moment.

Man Utd are dangerous from breakaways, scoring three times on the counter-attack, but in general play their passing and movement has been uninspired since beating Chelsea 4-0.

They have been shifting the ball in a predictable manner, relying heavily on Daniel James to deliver a cross from the left, as he has done 28 times so far.

In their last three outings they have created only one opportunity from open play that was considered better than a 50 per cent chance to score.

That was a miss from Juan Mata in the 2-0 defeat at West Ham United.

Aside from Marcus Rashford's converted penalty against Leicester City, the only other opportunity Man Utd have fashioned with a greater than 15 per cent chance of scoring was a header by Scott McTominay.

His missed header from a corner in the 1-1 home draw with Arsenal had an expected goals (xG) value of 17.68 per cent.

Given they have had home advantage in two of their last three matches, that is a worry.

Solskjaer has started with a 4-2-3-1 system in all seven Premier League fixtures this season, and the problem is the No 10 position.

In any side, it is vital for the playmaker in this role to knit together moves, linking the midfield and attack.

When this player is busy, bright and able to get on the ball regularly, it becomes far easier to pass through the thirds and set up dangerous attacks.

This No 10 also needs to support the main striker, providing service and getting into the box themselves.

United have struggled in this respect all season.

Andreas Pereira, Jesse Lingard and Mata have all played in this role, but none have conjured up a match-winning display or linked up well enough with the striker.

Mata is the only No 10 to have a shot when starting behind the centre-forward.

When he is fully fit it will be interesting to see whether Paul Pogba is deployed in this problematic position.

Even though he has been playing deeper in a more orthodox midfield role and has missed two matches, the Frenchman has had seven shots, the third-highest total for United, and made 13 chances, which is more than any team-mate.

Pushing him closer to striker Rashford seems an experiment worth trying.

Two other options would be to partner Anthony Martial or Mason Greenwood with Rashford in a more traditional 4-4-2 formation, dispensing with the No 10 role completely.

This would add pace to the forward line and ease the goalscoring burden on Rashford.

At some stage we may also see James used more centrally in a free attacking-midfield role.

He was used there sporadically by Swansea City in the Championship, and his pace through the middle was effective at times.

It is imperative to address this weakness, especially against a Newcastle United side who will sit back and invite pressure.

To score the number of goals that the players with their collective talent should, Solskjaer has to consider changing his tactics or personnel.