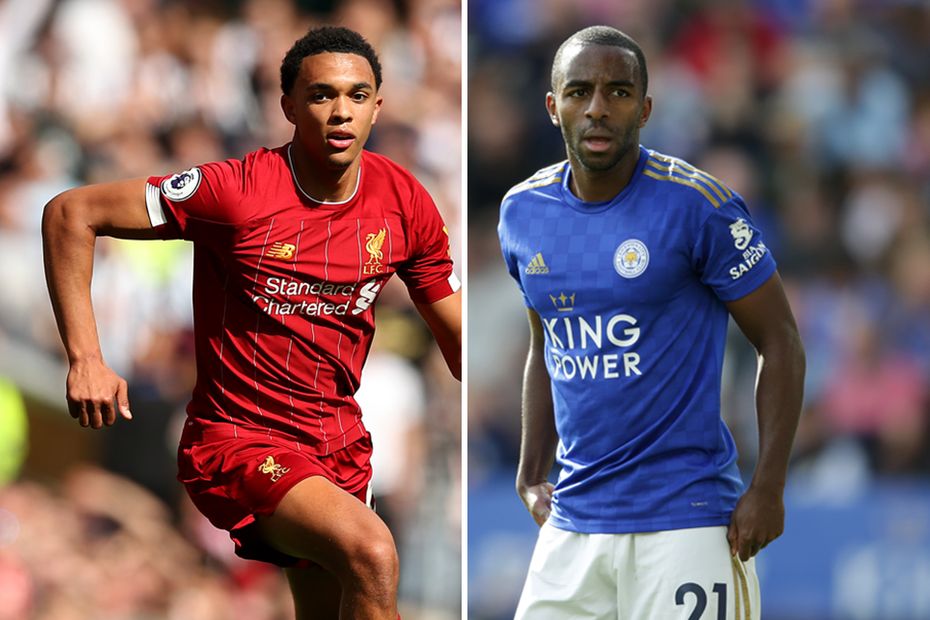 Right-backs are not often seen as "game-changers" but that may just be the case when leaders Liverpool host in-form Leicester City on Saturday.

In Trent Alexander-Arnold and Ricardo Pereira the Premier League's two most dynamic full-backs will go head-to-head at Anfield.

Alexander-Arnold has been Liverpool's most creative player from open play this season, providing 14 chances in seven matches.

Across the entire league, only Kevin De Bruyne has produced more than his 23 key passes overall.

Pereira has started the campaign in equally sparkling fashion.

The Leicester right-back has impressed defensively but also travels to Merseyside looking to score for a third successive Premier League match.

This encounter between the first and third-placed teams will have fascinating duels all over the pitch.

But many eyes will be drawn towards two full-backs who have just been nominated for September's EA SPORTS Player of the Month award.

During the first half I expect Pereira to curb his natural attacking instincts.

The 25-year-old will be wary of the trickery of Sadio Mane, who is an expert at running into space behind full-backs.

But Mane will not find it easy against the most prolific tackler in the Premier League.

Pereira's 33 tackles rank him joint-first among all players, alongside Leicester team-mate Wilfred Ndidi.

No defender has won more duels, either.

Pereira will get tight to Mane but the winger's exceptional movement means he can hurt Leicester in other ways.

The Senegalese's four goals this season have come at a rate of one ever 129.5 minutes. And his 15 shots excluding blocks are the most of any Liverpool player.

He is not the type of wide player to hug the touchline.

So with Liverpool left-back Andrew Robertson also marauding down the same wing, Pereira will need help on his inside from central defender Jonny Evans and holding midfielder Ndidi.

Pereira's team-mates must be watchful of Mane when he is positioned infield.

Alexander-Arnold will not know who his direct opponent is until the teamsheets are submitted.

On a first return to Liverpool since his departure as manager in 2015, Brendan Rodgers must choose between Harvey Barnes or the fit-again James Maddison for a start on the left of midfield.

He likes playing Maddison there in certain matches, but after excellent displays in wins over Newcastle United and Tottenham Hotspur, it is hard to envisage Barnes being left out.

The speedy 21-year-old offers the width that an out-of-position Maddison does not and has the skillset to test Liverpool's right-back.

With Alexander-Arnold's defensive positioning sometimes questionable, it will be interesting to see whether the Liverpool man can curb his own attacking intent.

At Anfield, where the Reds are unbeaten in their last 43 Premier League matches, I would expect Alexander-Arnold to play his normal game.

But he will know Barnes and Ben Chilwell can threaten Liverpool down his side if holes appear.

The same applies to Jamie Vardy, who enjoys running into the same channel when Leicester break at pace.

From turnovers the Foxes possess the quality to pounce.

Alexander-Arnold and Pereira are two of the best attacking defenders in the Premier League.

Both rank inside the top five for most forward passes this season and have the natural enthusiasm and drive to play on the front foot.

This will be evident on Merseyside on Saturday but the way they defend will be just as vital to the fortunes of their respective sides.