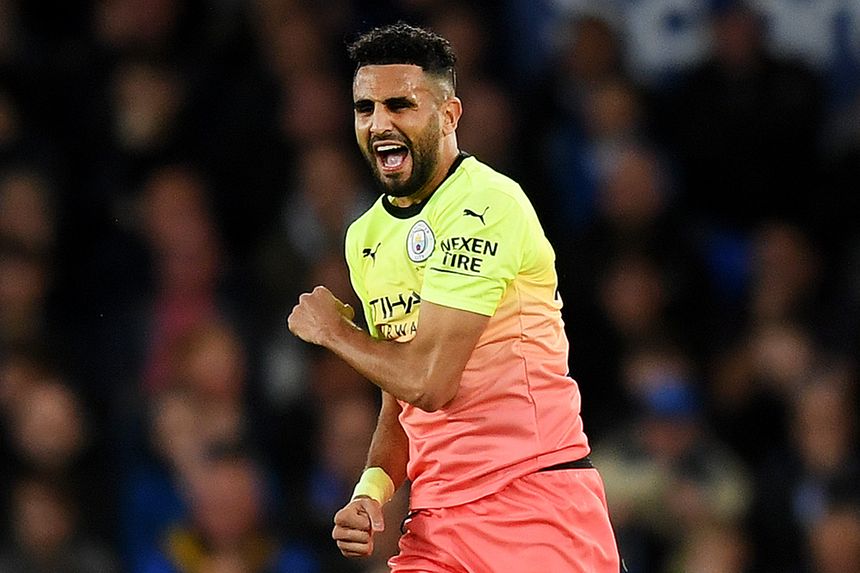 The Algerian has climbed to joint-fourth among FPL midfielders thanks to a series of strong all-round performances.

His improving output highlights why he is earning more minutes in Manchester City's starting XI this season.

The winger has produced two goals and five assists in total over his four starts, recording double-digit FPL hauls on three of those occasions.

And with Kevin De Bruyne (£10.0m) an injury doubt for Sunday's home match against Wolverhampton Wanderers, Mahrez could become even more important for Pep Guardiola's side.

We'll have the full match replay of #EVEMCI on Man City for TV very soon.

The underlying statistics over the last four Gameweeks further strengthen Mahrez’s claim for a regular role.

His total of nine shots on target is more than any midfielder in FPL in this period, and second only to the 10 of Tammy Abraham (£7.6m).

That tally also fares well when assessed against his team-mates.

Mahrez has also been a major creator in these recent matches.

His total of 15 key passes is joint-top along with De Bruyne and Gylfi Sigurdsson (£7.6m).

Compared with last season, the Algerian’s creativity has improved significantly.

A home encounter with Wolves gives Mahrez the chance to get more points.

Indeed, sitting in just 3.6 per cent of squads, his potential for goals and assists raises his appeal as a major captaincy differential for Gameweek 8.