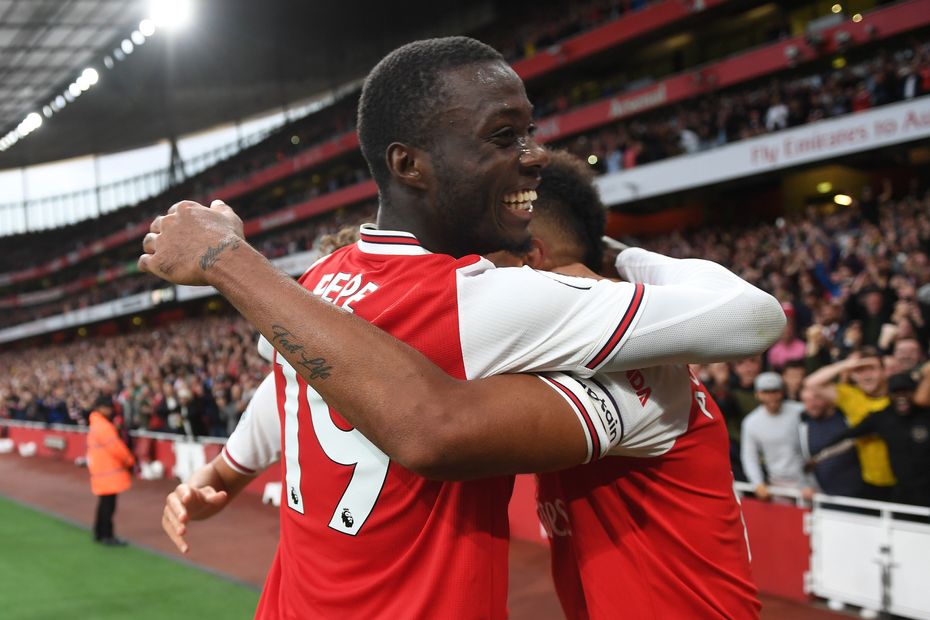 The Arsenal winger has been a standout goal threat in recent matches.

Since his first start in Gameweek 3, Pepe has had 17 shots, the most of any midfielder in FPL.

Only the highest-scoring player in the game, Sergio Aguero (£12.2m), has surpassed that total, taking 21 shots.

And the Ivorian matched his more expensive team-mate's nine shots in the box and five shots on target.

Yet he has managed only one goal, a converted penalty against Aston Villa last weekend and a single assist all season.

Due to his lack of FPL output, Pepe is owned by only 3.5 per cent of managers.

But his upcoming schedule could raise his appeal.

According to the Fixture Difficulty Ratings (FDR), nine of Arsenal's next 10 opponents score no more than three.

The one exception is Monday's meeting with Manchester United.

Yet the Red Devils have been far from convincing defensively, managing a single clean sheet in their last five matches.

Pepe has the goal threat to pose big problems for his hosts, rewarding managers on the lookout for a premium big-hitter for their FPL midfields.