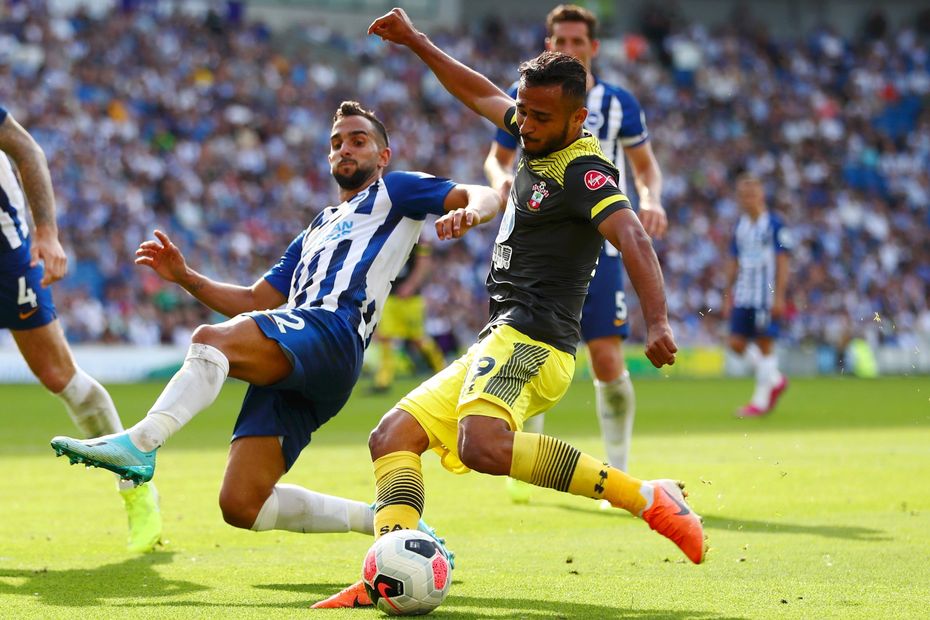 Sofiane Boufal's career as a Southampton player looked like it was coming to an end when he was sent on loan to Celta Vigo last season, but the mercurial winger is back at St Mary's Stadium and ready to trouble Manchester United.

The Morocco international has had a good week.

He came off the bench in the 80th minute at Brighton & Hove Albion last weekend and provided a great assist for Nathan Redmond in the 2-0 win.

Then, in midweek, he played a starring role in a 1-0 victory at Fulham in the Carabao Cup.

With Redmond and Moussa Djenepo both ruled out of Saturday's home match against Man Utd, Ralph Hasenhuttl will surely contemplate picking the exciting 25-year-old from the start.

If the manager opts for a 4-2-2-2 system once again, Boufal's positivity can cause Ole Gunnar Solskjaer's men problems.

Playing at the front of a box-shaped midfield unit, stationed in the pockets between full-backs, centre-backs and central midfielders, he will test United with his extraordinary dribbling prowess.

In LaLiga last season he averaged 6.2 successful dribbles per 90 minutes.

To put that into context, the next-best average of the players to appear for at least 900 minutes in the competition was Adnan Januzaj's 4.7, while Lionel Messi was third with 4.5.

Although Boufal is yet to recapture the brilliance he displayed when scoring with a mazy 70-yard dribble against West Bromwich Albion in 2017/18, which won the Premier League Goal of the Season award, his talent is obvious.

He added consistent penetration to his game at Celta Vigo, finding team-mates inside the 18-yard box with an impressive 4.6 passes per outing, while also breaking into the area more often himself.

Boufal has been criticised in the past for his off-the-ball work but he appears to have returned from Spain with a new determination.

Ahead of his start against Fulham on Tuesday, Hasenhuttl challenged the wide man to prove he can concentrate for a full match, rather than making impacts in short bursts from the bench.

The 25-year-old responded and was excellent at Craven Cottage, earning praise from his manager for a responsible performance.

Has Boufal done enough to earn a start against Man Utd?

We will have to wait and see. But if Hasenhuttl wants his team to play on the front foot and test a defence that looked wobbly in a 2-1 home defeat to Crystal Palace last weekend, the Moroccan will surely be in his thoughts.

Saints lacked a spark in the final third at times in 2018/19 and Boufal definitely has the X-factor to provide moments of magic.

He is not noted for his finishing but he will always create chances and make defenders nervous.

If Boufal is in the mood this weekend, Man Utd's rearguard are in for a tricky afternoon.