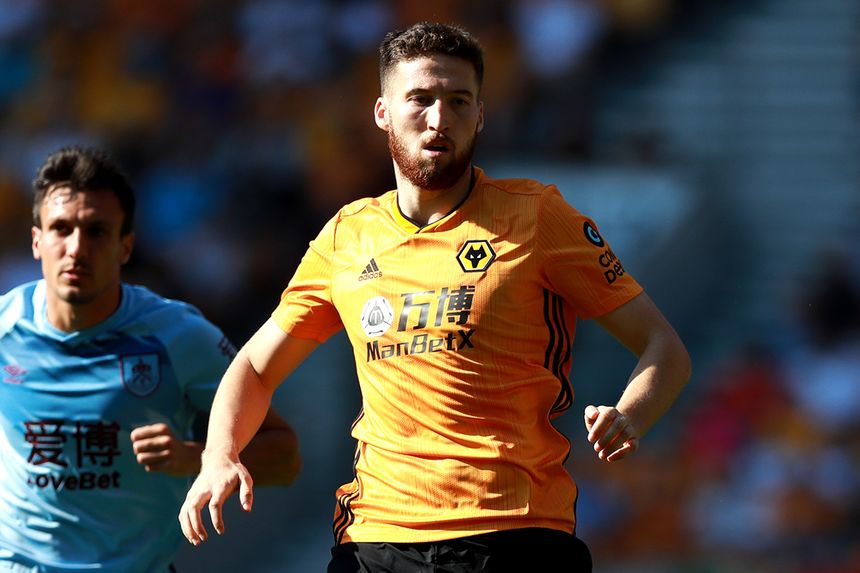 No other Wolverhampton Wanderers player delivered as many crosses last season as Matt Doherty, who averaged 1.8 every 90 minutes.

Yet ahead of Sunday's trip to Everton, unbeaten Wolves are still waiting to score their first Premier League goal from open play in 2019/20.

Netting just twice in three drawn matches, from a set-piece and a penalty, Nuno Espirito Santo's men have created just one big chance.

A congested fixture schedule due to their UEFA Europa League qualifiers could be a factor.

But even so, Nuno will be disappointed at the lack of clear scoring opportunities.

The onus is on Wolves to improve in the final third if they are to break down an Everton defence targeting a seventh successive clean sheet at Goodison Park.

Doherty's influence will be key as his team try to recapture their attacking sparkle.

Always available to receive a pass out wide and a threat with his forward bursts, the Republic of Ireland international is integral to Wolves’ tactical approach.

Last season they made long switch passes to Doherty as a matter of course, a ploy that regularly troubled rival teams.

That sharpness and adventure has been less obvious of late.

Doherty has got into fewer advanced positions in his three starts this term, which in turn has impacted significantly on Wolves' productivity

Yet to lay on a chance or complete a dribble, he must look to produce a more dynamic display at Goodison Park.

If he gets on the ball higher up the pitch it will undoubtedly help increase the clear-cut opportunities created for Raul Jimenez and Diogo Jota.

When you compare Doherty’s attacking statistics to 2018/19, it is clear what Wolves are missing.

From a tactical perspective, they are not doing anything different to last season.

The 3-5-2 that worked so effectively in the second part of 2018/19 is still their formation of choice.

It is just the speed and fluency of their movement and distribution that has been below par.

Everything points towards a tight, evenly contested affair against Marco Silva's Toffees, who themselves have struggled for cohesion in the attacking third, scoring only once.

But if Wolves and Doherty do pick up the pace, they will provide a serious test for Everton on Sunday afternoon.