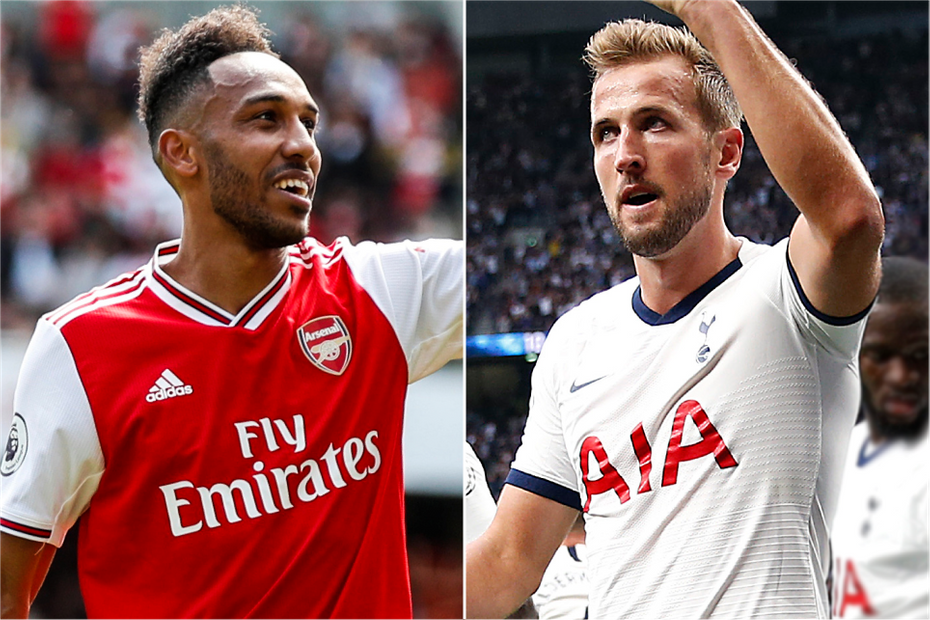 Harry's fired up for the derby External Link

The battle between Pierre-Emerick Aubameyang and Harry Kane will be important to settling Sunday's derby at Emirates Stadium.

These two strikers are undoubtedly the most likely matchwinners.

Aubameyang scored twice for Arsenal in this fixture last season, while Kane is the Gunners' nemesis, having netted nine times in nine starts against his north London rivals.

Arsenal head coach Unai Emery and Tottenham Hotspur manager Mauricio Pochettino like to mix up their formations and tactics on a match-by-match basis.

But, whatever they are planning for this fixture, getting the best out of Aubameyang and Kane will be at the forefront of their thinking.

Both of Aubameyang's goals this term have stemmed from turnovers.

He produced a clinical finish against Newcastle United after Ainsley Maitland-Niles freed him in the box.

And, against Burnley, the 30-year-old raced onto a Dani Ceballos pass to fire home an unstoppable strike.

He should have made it three in three matches in the 3-1 defeat at Liverpool, but unusually hesitated and the opportunity was lost.

Aubameyang is at his most dangerous when Arsenal regain possession and spring quick counter-attacks.

With space ahead to run into, he is one of the most destructive forwards in the world.

Kane is not noted for his acceleration but, like Aubameyang, he is deadly in transitions.

The first goal of his brace against Aston Villa was slotted home clinically after Erik Lamela had won the ball just outside the visitors' box. His second rounded off a swift break led by Moussa Sissoko.

Both strikers revel in the extra space that appears when their side secure possession. They are always alive and ready to punish their opponents.

Aubameyang has had a different role in each of Arsenal's three matches so far.

In the opener at St James' Park, he led the line in a 4-2-3-1 system before moving to a wider role at home to Burnley, switching from the right to the left flank.

At Anfield, Aubameyang was part of a front two alongside Nicolas Pepe, charged with the task of offering a fast outlet on the break.

Wherever he has been stationed, he has looked sharp, but second-guessing how Emery will deploy Aubameyang is not easy.

Kane's influence in Spurs' last two matches has been minimal.

He touched the ball only once inside the 18-yard box in the 2-2 draw at Manchester City.

Then, in the 1-0 loss to Newcastle, he managed only three touches in the area, even though his side had 80.2 per cent possession.

Spurs need to move the ball far quicker to bring the best out of Kane, who thrives on hurting opponents who afford him space.

When the distribution is sluggish, defenders find it easier to crowd out the 26-year-old.

However, recent history tells us Kane is likely to be a major player against Arsenal.