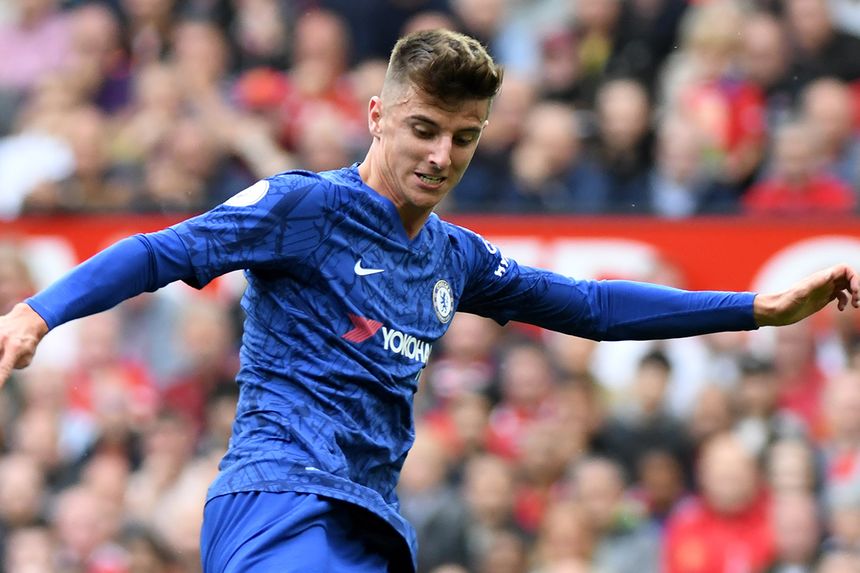 Striking the right balance between attack and defence is the tactical challenge facing Frank Lampard ahead of his first home match in charge of Chelsea.

Since taking over from Maurizio Sarri, the west Londoners' head coach has set out his team to play bold and attacking football.

This adventurous approach was evident in the opening encounter of their Premier League campaign as the Blues had 18 shots, including seven on target, at Manchester United.

However, their attacking intent was undermined by mistakes at the back and a lack of compactness as a team when possession was lost.

Beaten 4-0 at Old Trafford, Chelsea were picked off on turnovers and must quickly learn from their mistakes to handle a Leicester City side who are known for their fast transitions.

Lampard made a subtle adjustment to his tactics against Liverpool in the UEFA Super Cup on Wednesday evening.

But the 41-year-old will not rip up his "Plan A" after two defeats, so against Leicester I expect Chelsea to revert to 4-2-3-1, with Mason Mount given a free attacking midfield role and the full-backs pushing high and wide.

This shape was a big plus when the Blues passed the ball around inside opposition territory, but when moves broke down they found themselves vulnerable to the counter-attack.

Man Utd made them pay on the break, exploiting the holes that were left in midfield, as well as down the sides of their central defenders.

Lampard can tweak his gameplan by restricting his full-backs' attacking responsibility, or asking Mount to play a little deeper.

The greatest boost for the Blues' boss is the return of N'Golo Kante, who recovered from injury in time to start against Liverpool in midweek.

With so many players caught ahead of the ball in Matchweek 1, the Jorginho-Mateo Kovavic axis was left isolated and stretched.

Jorginho's lack of pace means he can be overrun, and Kovacic's off-the-ball work is not nearly as effective as Kante's.

As a consequence, Man Utd enjoyed too much space in central areas.

If Lampard's side continue to play with as much ambition going forward, they will need their best defensive midfielder on the pitch to protect the inexperienced centre-back pairing of Andreas Christensen and Kurt Zouma.

They may have drawn a blank in the goalless draw at home to Wolverhampton Wanderers, but Leicester are capable of hurting Chelsea.

Jamie Vardy has the pace and intelligence to spin in behind their central defenders, or into wide areas when the Blues full-backs are advanced.

So do not be surprised if Brendan Rodgers' side move rapidly from defence to attack on turnovers.

When play builds through the thirds, Chelsea's central midfield pairing could also be overloaded.

Attacking midfielders James Maddison, Ayoze Perez and Youri Tielemans all like to drift into half-spaces infield to receive passes, which may leave Kante and company outnumbered.

Leicester also press well and excel at winning the ball back in advanced positions.

We saw this against Wolves, when they recovered possession numerous times inside the opposition half.

Roared on by a Stamford Bridge crowd who will be eager to see their legendary former midfielder lead them to a first Premier League victory of 2019/20, I anticipate a lively display from Chelsea.

But tactically, Lampard may need to make one or two slight adjustments to ensure his side are less open when possession is lost than they were last weekend.

If such tweaks are overlooked, Leicester can make it another blue day for Chelsea.