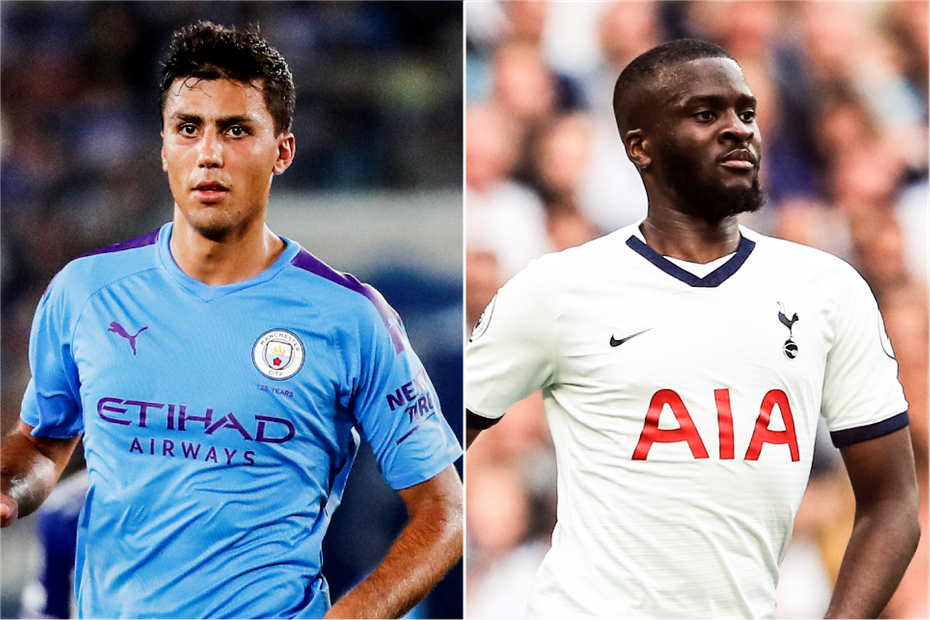 Saturday's visit of Tottenham Hotspur will provide a big test to Rodri in just the second match of his Premier League career.

The midfielder signed this summer was described as "incredible" by Pep Guardiola ahead of impressing in Manchester City's season-opening victory over West Ham United.

Rodri showed his quality on debut as he orchestrated a stream of attacks from the base of midfield.

The Spaniard was signed from Atletico Madrid, a team not known for dominating possession, but Rodri has had no problems adapting to being on the ball a lot more.

In Matchweek 1, he had 85 touches, the joint-most of any Man City player, making 72 passes.

Completing 90.3 per cent of those passes, the central midfielder looked at ease operating as the team’s main conductor.

Especially impressive was his varied distribution to ensure Man City’s play was spread in all directions.

Over a quarter of his passes were forward, with another 34.7 per cent going left and 27.8 per cent to the right.

Where Rodri passed in MW1

But Rodri may not find things as easy against a top-six rival.

There is a mouthwatering midfield contest ahead with Spurs' record signing Tanguy Ndombele set to be in direct competition.

Ndombele was dominant in Lyon's 2-1 UEFA Champions League win at the Etihad Stadium last September, and, like Rodri, the Frenchman also impressed on his Premier League debut.

Operating in an advanced central position, Ndombele scored an equaliser as Spurs came from behind to beat Aston Villa.

The 22-year-old showed the speed, footwork and dribbling ability that will test City’s new holding midfielder.

With Rodri still getting used to the pace and style of the Premier League, it would make sense for Spurs to put the pressure on him.

He looked less at ease on debut when opponents closed him down and made three fouls when attempting to stop West Ham runners.

Stretching Rodri with sharp bursts down the middle of the field is a way Mauricio Pochettino’s men can test his positioning and speed.

Spurs will perhaps be cautious with how they press City due to the fear of being carved open. However, I do anticipate Ndombele and team-mates such as Moussa Sissoko, Christian Eriksen or Erik Lamela to drop in and hassle Rodri whenever they get the opportunity.

If the City newcomer handles that challenge, Guardiola’s faith in Rodri will look even more justified.