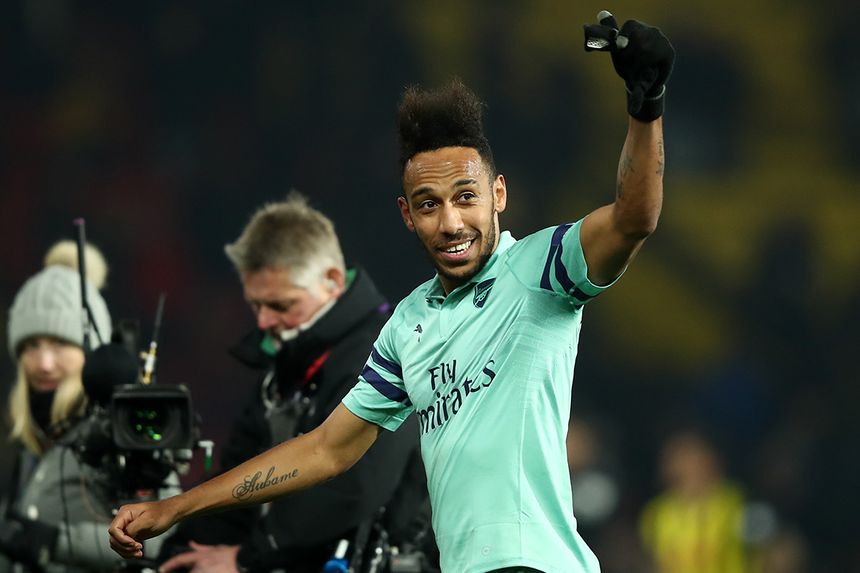 'I've waited a long time to score a goal like it!' External Link
Gameweek 35 Ones to watch: Danny Ings
How to use Bench Boost for Gameweek 35

The Arsenal forward has stepped up his level of consistency ahead of his Double Gameweek 35.

Aubameyang’s winner at Watford on Monday evening means he has produced a goal or an assist in three of the last four Gameweeks.

And that form has lifted him to just two points behind Sergio Aguero (£11.7m) at the top of the FPL forward standings.

The recent statistics highlight Aubameyang’s importance to the Arsenal attack.

Although he has started just two of their last four Gameweeks, his 10 shots and nine shots inside the penalty area are both team-leading figures.

This shows that, even if his minutes are restricted, he can still be a big success against Crystal Palace and Wolverhampton Wanderers in Gameweek 35.

Impact from the bench

That idea is further strengthened by Aubameyang’s performances over the season.

In his six appearances as a substitute, he has four goals and two assists.

And his average of 131.7 minutes per goal is second only to the 108.6 of Aguero among FPL forwards.

Both of Arsenal's opponents have struggled defensively this season.

Palace arrive on Sunday afternoon having kept just two clean sheets in their last 10 away fixtures.

Wolves, meanwhile, have managed only two shutouts since Gameweek 17.

Aubameyang's eye for goal could be a major weapon for the Gunners as they look to secure a top-four finish.