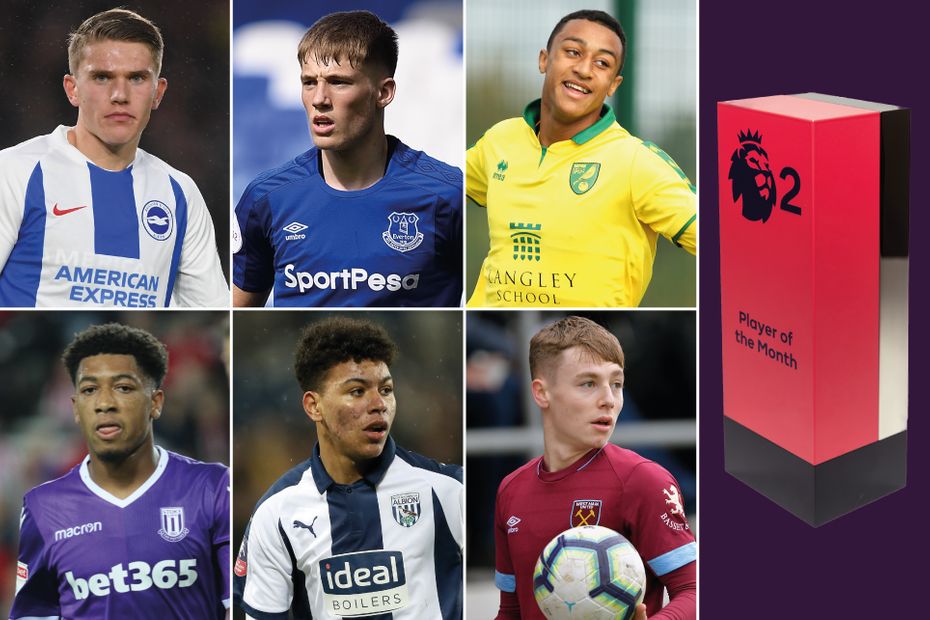 The nominees for March’s Premier League 2 Player of the Month award have been revealed, with six players in contention.

The shortlist below was decided by the Premier League’s Football Development Panel after PL2 club managers picked the best performance by an opposing player in each of their league matches in March.

The 20-year-old Swedish forward played 90 minutes as Brighton & Hove Albion beat Derby County 2-1, before supplying two assists in a 2-2 draw at Blackburn Rovers as the second-placed Seagulls kept up the pressure on Division 1 leaders Everton.

Gibson was ever-present in the Everton defence as they kept back-to-back clean sheets. The 18-year-old helped the Toffees beat Liverpool 2-0 in the Merseyside derby at Anfield before a goalless draw with Arsenal left them four points clear at the top of the table.

The Irish forward, 18, scored three goals as Norwich City claimed four points in two Division 2 matches. Idah converted a penalty in a comeback win at Manchester United before scoring both goals in a 2-2 draw with Stoke City.

Pemberton helped Stoke earn four points in two March matches. The 20-year-old midfielder scored as the Potters beat West Bromwich Albion and then set up a goal in the draw at Norwich.

February’s Premier League 2 Player of the Month has been nominated again after impressing in both of West Brom’s matches in March. He set up Stanley Asomugha’s goal in a 4-1 loss at Stoke before helping his side to a goalless draw with Fulham.

The 20-year-old scored three of West Ham United’s four Division 1 goals in March. He struck in a 3-1 loss to Blackburn and was twice on target as the Hammers beat Swansea City 3-0.