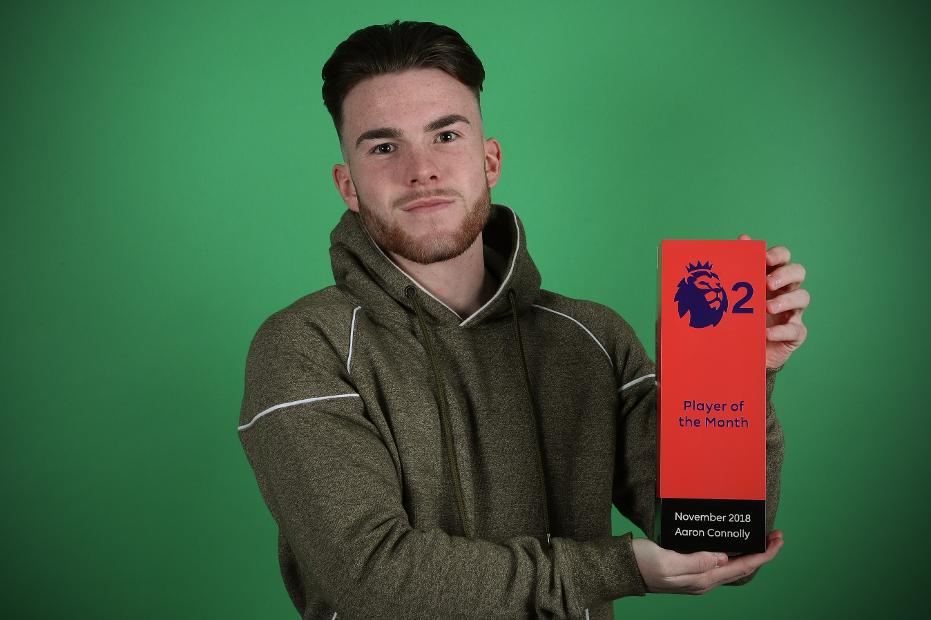 Aaron Connolly has won the Premier League 2 Player of the Month for November.

The Brighton & Hove Albion striker scored six times last month to earn his third nomination for the award this season.

Three of the 18-year-old's goals came in PL2 Division 1, including two in a 3-2 victory at Swansea City.

Delighted to have won the PL2 player of the month for November, been a good month personally and for the team🙌#BHAFC https://t.co/4HeBxSKZB2

He was selected from a six-man shortlist by a panel of the Premier League Football Development Department.