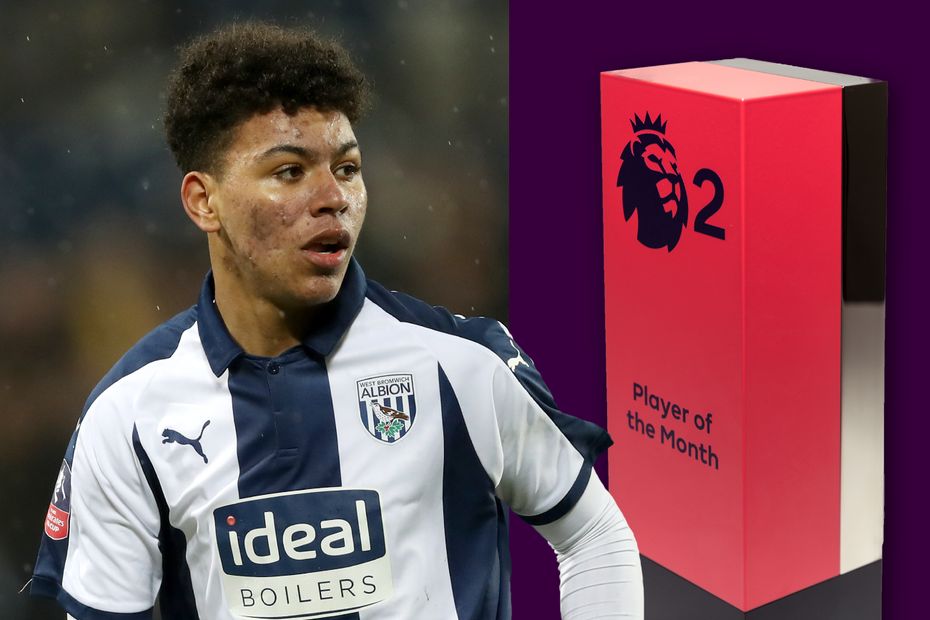 West Bromwich Albion's Morgan Rogers has been named the Premier League 2 Player of the Month for February.

The 16-year-old attacking midfielder scored four times in a 6-2 win over Norwich City, while also providing an assist.

He then set up two more goals in a 3-1 victory over Sunderland.

"It's a mad experience and feeling," said Rogers. "I'm just really happy that I have been nominated and then to win it is just a different thing.

"I'm always trying to improve in training and in games, looking at the areas of weakness and to be recognised that I've been doing something right in this month is a massive achievement for me."

Rogers' progress was also rewarded with a first-team debut last month, with the teenager coming off the bench in Albion's FA Cup defeat by Brighton & Hove Albion at The Hawthorns.

"I'd like to thank all the coaches, the Under-23s staff and players," he said. "It's not a one-man team, everyone is involved and we have all played really well this month and I am just happy to contribute and be involved with the team and go on the good run that we have been through and get the results that we have got."

Rogers was selected as the February Player of the Month by the Premier League's Football Development Panel.

The exciting youngster scored four goals in our 6-2 victory at @NorwichCityFC.