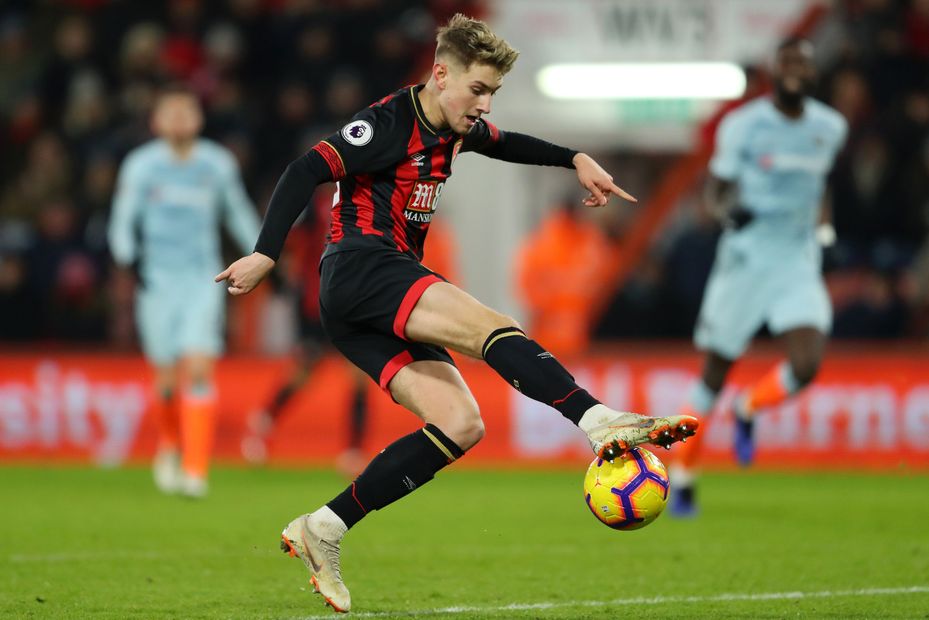 FPL round up: Top scorers and Brooks returns External Link
Gameweek 30 Ones to watch: Bernardo Silva

The young midfielder has been a cut-price sensation in his debut season for AFC Bournemouth.

Brooks has recorded six goals and four assists over his 23 appearances, returning a total of 96 FPL points.

In terms of points-per-million value, Brooks’ 19.2 is second only to the 21.0 of his team-mate Ryan Fraser (£6.1m) among FPL midfielders.

After missing four matches through injury, Brooks was back on the Cherries’ teamsheet against Manchester City last weekend.

His return to action has not gone unnoticed by FPL managers ahead of his trip to Huddersfield Town.

He has produced a shot on goal every 46.4 minutes compared with the 72.2 minutes of Fraser.

Indeed, Brooks leads the Scot by 26 shots inside the penalty box to 19 and matches him for shots on target, with 17 apiece.

Their encounter with the Terriers kick-starts an outstanding run of matches for Eddie Howe’s side.

According to the Fixture Difficulty Rankings (FDR), seven of their remaining nine opponents score just two.

Crucially for FPL managers considering AFC Bournemouth players, the Cherries hold the added bonus of not having any blank Gameweek from this point onwards.

That raises the appeal of Brooks as a cut-price source of points over the season run-in.