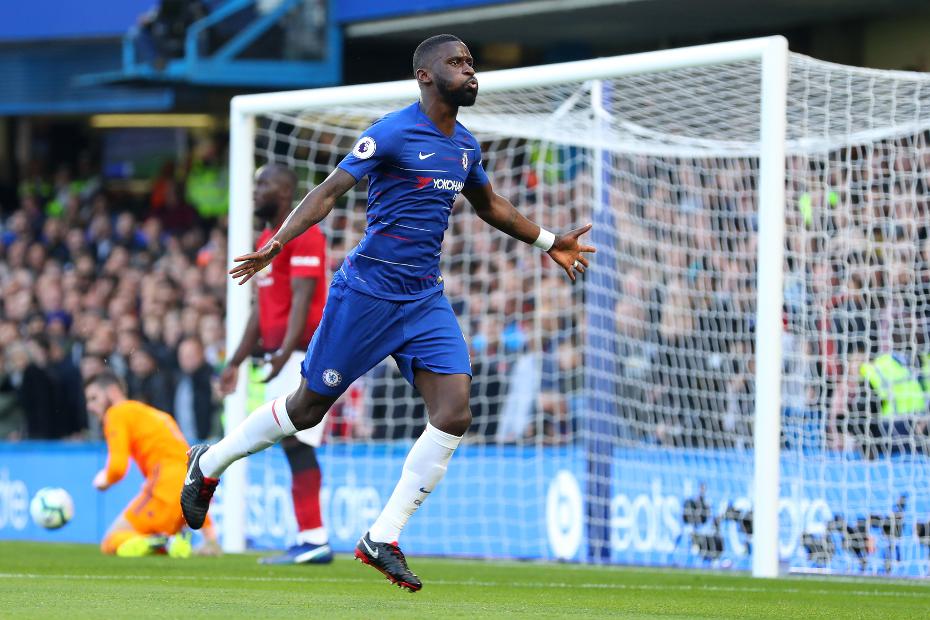 He is rarely a headline-maker but in his own assured manner Antonio Rudiger is enjoying an outstanding campaign at the heart of Chelsea's defence.

Maurizio Sarri's switch to a back four has asked more questions of the Blues defender but the German has responded superbly to the added responsibility.

Barely putting a foot wrong across the first 12 matches and excelling in tough tests against Liverpool and Manchester United, Rudiger will be confident of keeping Harry Kane quiet in Saturday's 17:30 GMT kick-off against Tottenham Hotspur at Wembley Stadium.

Fabulous on the cover

One of the 25-year-old's strongest assets is his speed.

Rudiger stands 190cm but is quick for a tall man. This speed enables him to provide cover for both David Luiz on his inside and Cesar Azpilicueta directly to his right.

This trait has been a huge help to Chelsea this term, as he has been on hand to bail his side out of several potentially problematic situations.

Ranked the ninth-fastest central defender in the Premier League this season, Rudiger will be watchful whenever Kane or Lucas Moura make darting runs beyond the Blues rearguard.

Last season Rudiger did not look nearly as comfortable.

He was occasionally hurried, not that confident in possession and prone to the odd positional lapse.

Now, he looks more at home in a traditional back four and has raised his game as a result.

His passing accuracy of 91.7 per cent is the third best in the Chelsea squad, despite playing the second-highest number of long passes.

Such reliability on the ball is an essential quality for any defender in a Sarri team.

And from a defensive standpoint he has also been a rock.

Using his pace regularly to pick up loose balls and to repel attacks in the air or on the ground, Rudiger has emerged as one of the division's best centre-backs this season.

He has been Chelsea's most commanding defender.

Saturday evening's visit to Wembley will arguably be the stiffest test of the season for Chelsea. It is their first visit to a side above 13th place.

Dealing with Kane and the support runs of the rapid Lucas will give food for thought to a Chelsea defence that have let in only one goal on their travels.

However, having already kept Pierre-Emerick Aubameyang, Romelu Lukaku and Liverpool's front three in check at Stamford Bridge this season, the impressive Rudiger will not be fazed by this latest examination.

Tomorrow: Burnley must revert to what they do best