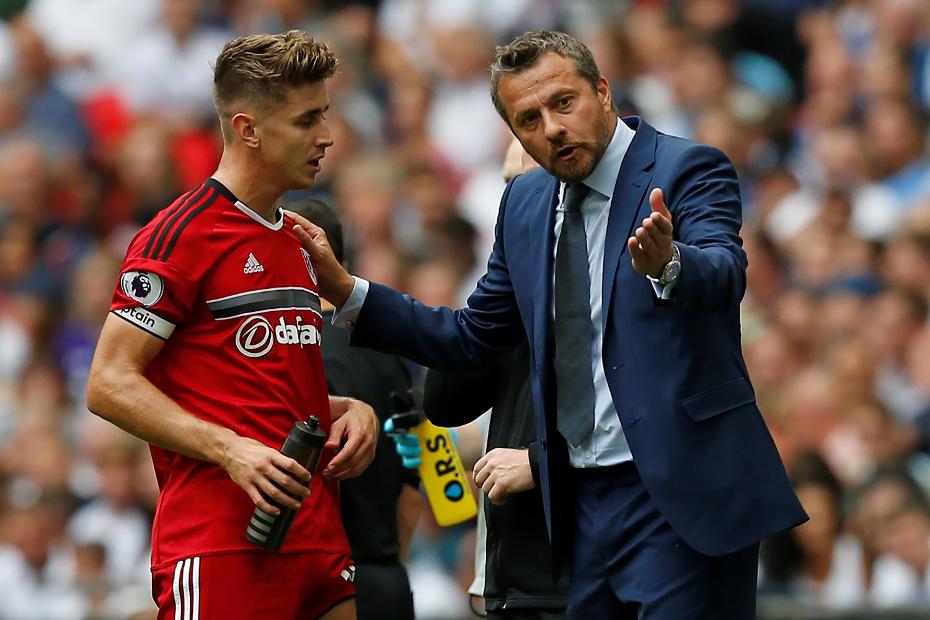 Fulham’s constantly changing defence has come in for criticism in recent weeks, but it is not solely responsible for the concession of 28 goals in 10 matches.

The midfield unit in front of Slavisa Jokanovic’s backline has underperformed too, not offering enough protection.

While much focus has been on Jokanovic not naming the same goalkeeper and defensive unit for two matches in a row, a similar story has taken place within Fulham’s central midfield too.

He has yet to use last season’s outstanding Championship midfield trio of Tom Cairney, Stefan Johansen and Kevin McDonald.

He has also struggled to find the right blend on and off the ball when combining those three and Jean Michael Seri and Andre-Frank Zambo Anguissa.

Too often Fulham have given their opponents an easy ride inside the middle third.

Teams facing the Cottagers have been able to pass the ball between the lines too easily, running through large gaps on the break, and enjoying too much time to look up and pick the right pass. This only adds to the problems for a vulnerable defence behind the midfield.

As a collective average, Fulham’s five central midfielders have each won 1.07 tackles and 1.18 interceptions per 90 minutes.

These are on the low side for players in their position.

Can they push themselves harder?

To make progress Jokanovic’s midfielders must show more willingness to do the dirty work.

While they cover plenty of distance (all five are in Fulham’s top 10) none have shown enough determination.

They are not quick players, which may in itself be an issue, but I would still expect them to have made more sprints per 90 minutes.

As for closing opponents down, tracking back, or running at full speed to cover a team-mate, Fulham’s midfield can do better.

Monday night’s opponents Huddersfield Town love to get the ball into wide areas, and this has been an area of weakness for Fulham.

Eighteen of the goals Fulham have conceded have stemmed from opponents exploiting gaps behind the full-backs, or between them and the nearest centre-back.

The Fulham back four would have benefited from better support from the midfield.

If Jokanovic starts with a midfield three, the widest man to the ball must ensure his full-backs are not left in 2v1s.

If they are, the Terriers will be able to deliver quality into the box.

To limit the goals they concede Jokanovic must come up with a plan where they defend much better from front to back.