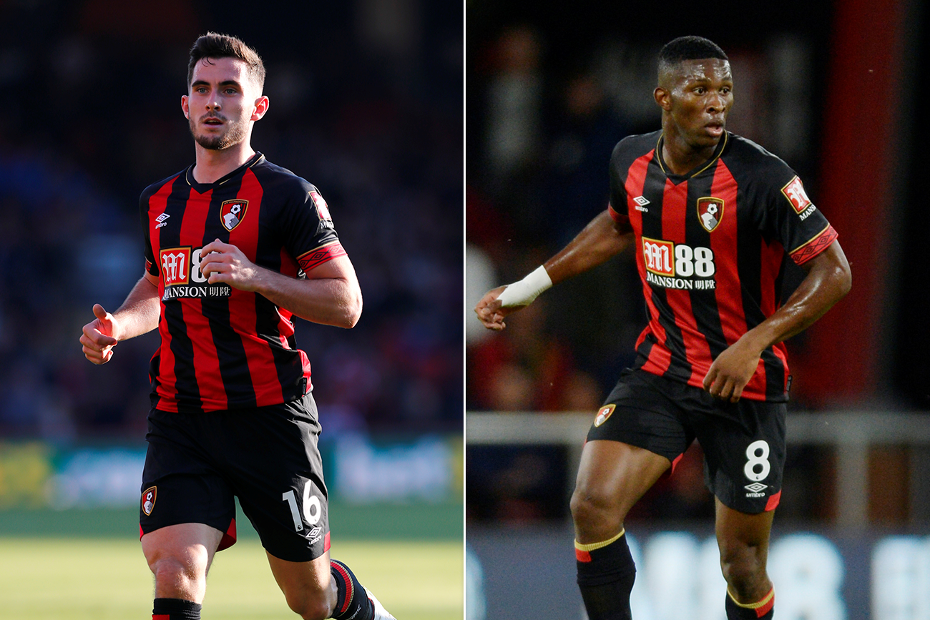 The Cherries began the season with Dan Gosling and Andrew Surman as the first-choice midfield pairing.

However, across the last four unbeaten Premier League fixtures, Howe has settled on a combination of Jefferson Lerma and Lewis Cook.

These two are technically excellent, defensively strong and brimming with energy, and Cook has played a significant role in the team's three successive clean sheets.

In the midfield pair's four league outings together, AFC Bournemouth have scored nine times and conceded just once.

Signed from Levante in the summer, Lerma has made a big difference to the substance of Howe’s side.

The 24-year-old's physicality has added a new dimension to the team.

Marrying those traits with the athleticism and the distribution skills his manager demands, the Colombian looks an ideal fit.

Naturally defensive, Lerma has protected the Cherries’ back line consistently.

Indeed, as a ball-winner there is a strong argument to suggest Lerma is the Premier League’s best.

When you compare the times he wins possession inside the middle third with the division’s top exponents, Lerma stands out as the pick of the bunch.

Howe has always been brave enough to start with two men in central midfield, even if it means they are outnumbered.

To make this work within a 4-4-2 or a 3-4-3, his chosen systems this term, the manager is reliant on a pair having a rounded skill set.

Lerma and Cook fit that mould, but they are not identikit players.

Cook is a busy player who looks after the ball well with neat and tidy passing. He can also beat opponents with the ball at his feet.

Lerma is more of a destructive, powerful presence with a sound passing technique.

When defending set-pieces he is an asset, too, clearing danger on a frequent basis.

What Cook and Lerma bring

Lerma and Cook complement one another in and out of possession.

They have laid a firm platform for AFC Bournemouth to play on the front foot with their ability to dictate and dominate the middle of the park in recent weeks.

The visit of Man Utd will undoubtedly be their stiffest test to date, but Jose Mourinho’s men will have to be on top of their game to hold the upper hand.

Up against this on-song duo, Nemanja Matic and Paul Pogba will not find it easy to stamp their authority on proceedings.