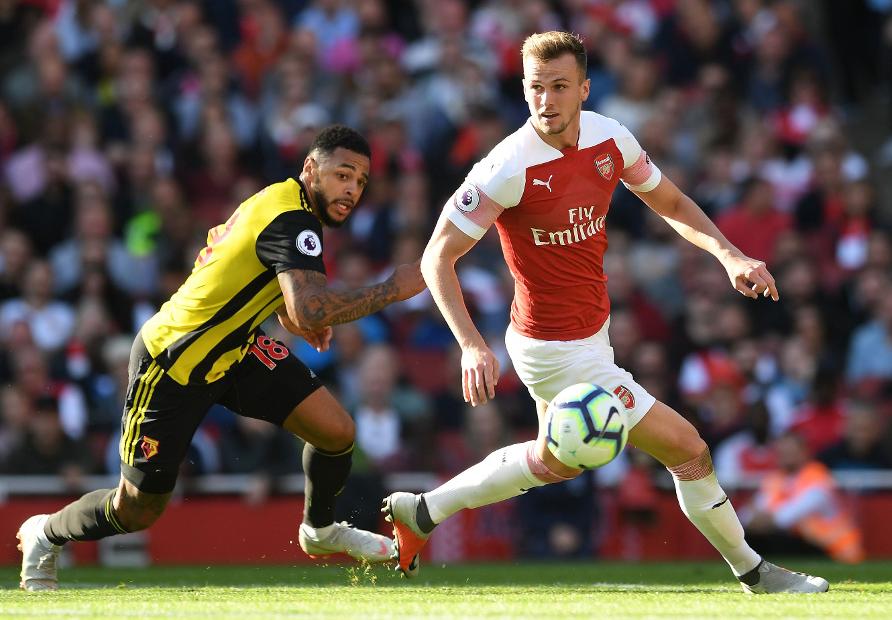 For Arsenal to avoid conceding three goals to a Liverpool side managed by Jurgen Klopp for the first time on Saturday, they will need a big performance from Rob Holding.

The in-form centre-back has shown a marked improvement under head coach Unai Emery.

Playing with renewed assurance and establishing himself as a regular starter, Holding has been Arsenal’s most reliable defender in the run-up to this heavyweight match.

The Englishman is the most comfortable of Arsenal’s central defenders on the ball.

He is happy to play out from the back, a tactic that forms a key part of Emery’s philosophy, and excels at calmly distributing the ball under pressure.

Having cut his risk-taking, Holding’s pass accuracy is the third best in the squad, behind Lucas Torreira and Matteo Guendouzi.

And the 23-year-old’s success rate with long passes is better than any other Arsenal defender.

Interestingly, Holding has lost possession the fewest times in all of his four Premier League starts, compared with team-mates who also played 90 minutes.

Those attributes will be handy against a Liverpool side who enjoy this fixture.

Provided he retains his composure of late, Holding won’t be fazed this time.

There are fitness doubts in both of Arsenal's full-back positions ahead of kick-off, so it is essential that Holding and his centre-back partner rise to the occasion.

Providing cover on the inside will form a key part of their brief from Emery, and with so much sharp movement likely to come from Klopp’s attack their concentration and positioning will be tested to the full.

Some Arsenal fans wish to see a fit-again Sokratis return to the starting XI, and many will hope it is in place of Shkodran Mustafi rather than his less experienced partner.

Holding has made fewer mistakes than the German.

Having featured in Liverpool’s resounding 4-0 win at Anfield in August 2017, Holding’s only experience of trying to contain Roberto Firmino, Sadio Mane and Mohamed Salah did not go especially well.

However, on the back of superb displays against the dangerous forward lines of Watford and Crystal Palace, his confidence could not be higher ahead of this stern examination.

It won’t be easy but if he can help to keep Klopp’s talented strike-force in check, it will be a statement of the progress he has made.