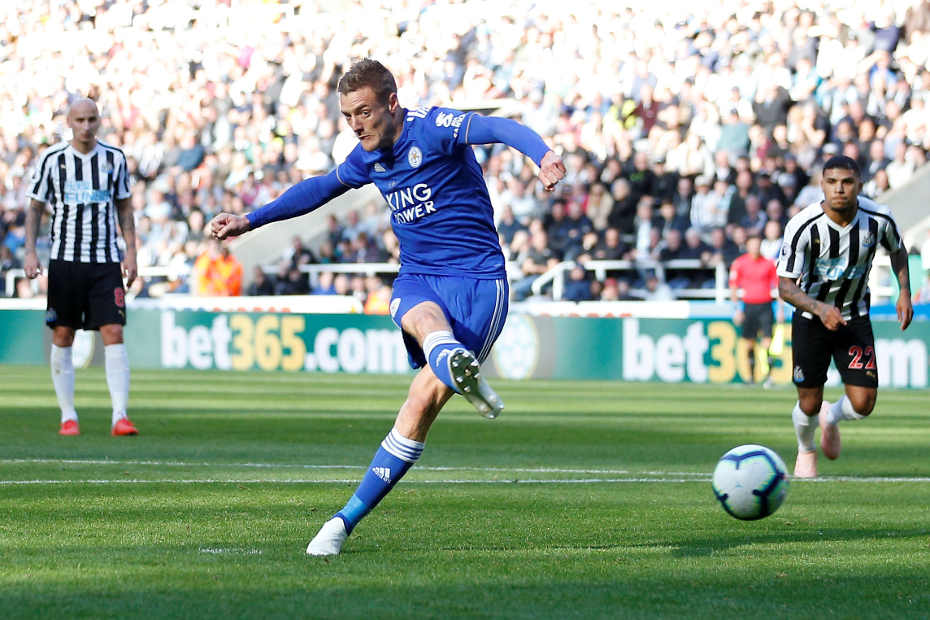 The Leicester City striker looks to have put a frustrating start to the season behind him.

His involvement in the FIFA World Cup and a two-match suspension meant that he played only 92 minutes of the first four Gameweeks.

But since returning to the Foxes' starting XI in Gameweek 5, Vardy has impressed.

His statistics over the last two Gameweeks are particularly strong when compared with other Fantasy forwards.

He has scored twice in that period, and his nine attempts on goal place him third among strikers.

Eight of those shots have come in the penalty area, which is second only to the 13 of Sergio Aguero (£11.4m).

And only Harry Kane (£12.5m), with four, has had more big chances than Vardy's three.

A big chance is one from which a player is expected to score.

His minutes-per-shot figure has almost halved this campaign, improving to 24.4 from 45.8.

Leicester have won their last two matches and will entertain Everton on Saturday.

The Toffees arrive having conceded two goals in all three of their away matches this season.

Vardy has scored a total of three goals in his last two home meetings with Everton in the Premier League.

And his improving form suggests his 4.8 per cent owners are in for another successful Gameweek.