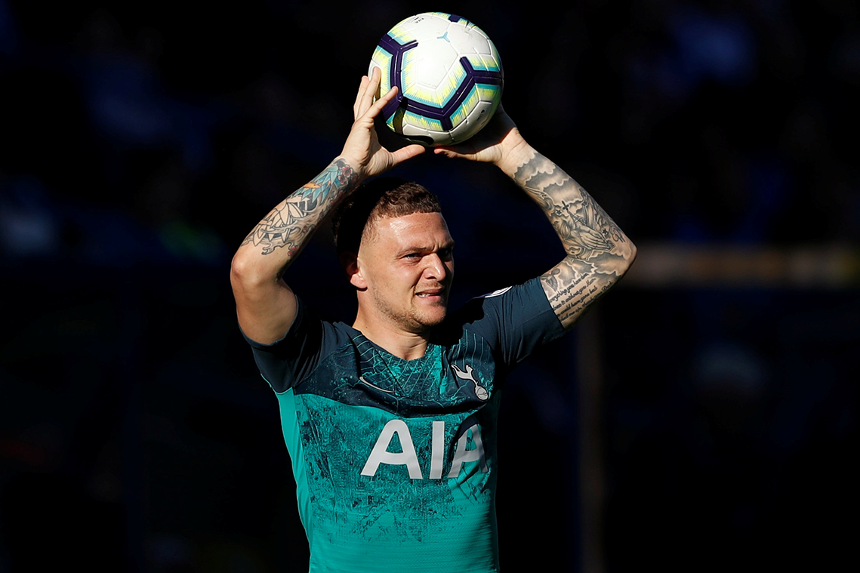 Trippier earned 11 points at Huddersfield Town in Gameweek 7, producing an assist and a clean sheet in his side's 2-0 win.

That helped him into third place in the FPL defenders' standings ahead of a home match with Cardiff City.

Interest in Trippier is soaring for the meeting with the Bluebirds.

He is the most-bought defender for Gameweek 8, with over 107,000 managers acquiring him.

And that has boosted Trippier's ownership to 31.5 per cent, making him the sixth-most popular player in FPL.

The Spurs full-back has recorded one goal and three assists, in addition to two clean sheets.

The underlying statistics indicate why Trippier is capable of explosive points hauls.

His total of 12 chances created is second only to the 15 of Jose Holebas (£4.9m) among FPL defenders.

The England international's prospects are further boosted by his set-piece duties.

Trippier has taken 20 corners and fired two shots on goal from direct free-kicks.

GW8 opponents Cardiff have struggled for a cutting edge this season.

They arrive at Wembley Stadium having scored one goal in their three away matches.

Combined with Trippier's attacking potential, that can lead to yet another significant haul for the popular defender.