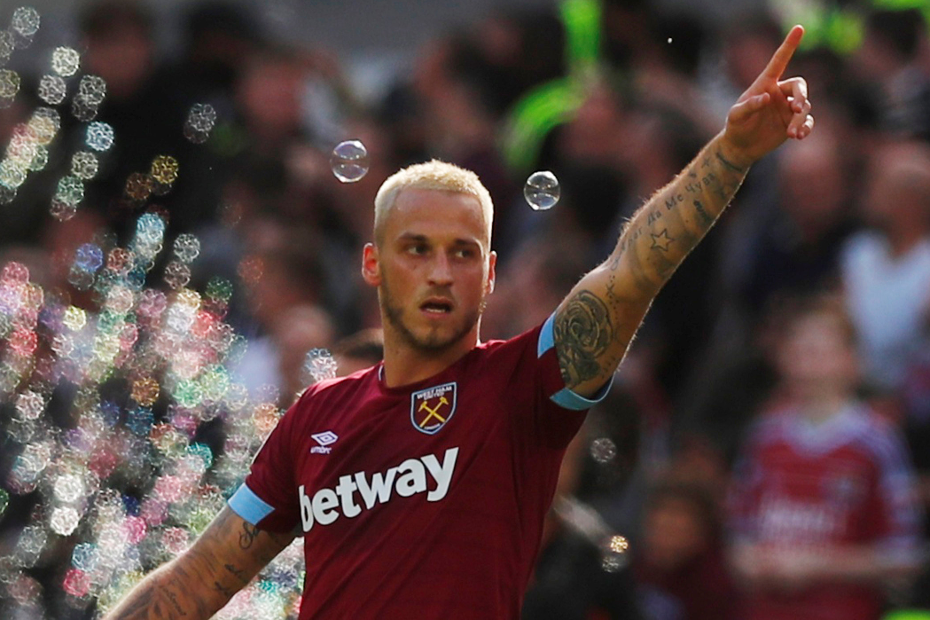 Noble: Performance in Man Utd win is credit to the whole team External Link
GW8 Ones to watch: Kieran Trippier
Buy Kane? The FPL experts have their say

The West Ham United striker has supplied a steady source of FPL points this season.

Arnautovic has scored in four of his last five Gameweek appearances ahead of his trip to Brighton & Hove Albion.

The Austrian has four goals and an assist, producing six FPL points per match.

And his average of 113.3 minutes per goal is second only to the 103.2 minutes of Sergio Aguero (£11.4m) among regular starting forwards.

Yet he remains at his initial FPL cost of only £7.0m.

Arnautovic's strong form is even more impressive when West Ham's early-season schedule is factored in.

Their fixtures are now set to ease, starting with their encounter with Brighton.

Arnautovic arrives having produced 19 of his 36 FPL points away from home.

He will face a defence that have lacked resilience in the opening Gameweeks.

Brighton are one of only two sides yet to keep a clean sheet.

They have conceded two goals in six of their seven matches and the 118 shots on goal they have faced are the third-highest in the league.

That suggests Friday night's visit to the south coast could be a fruitful one for Arnautovic.