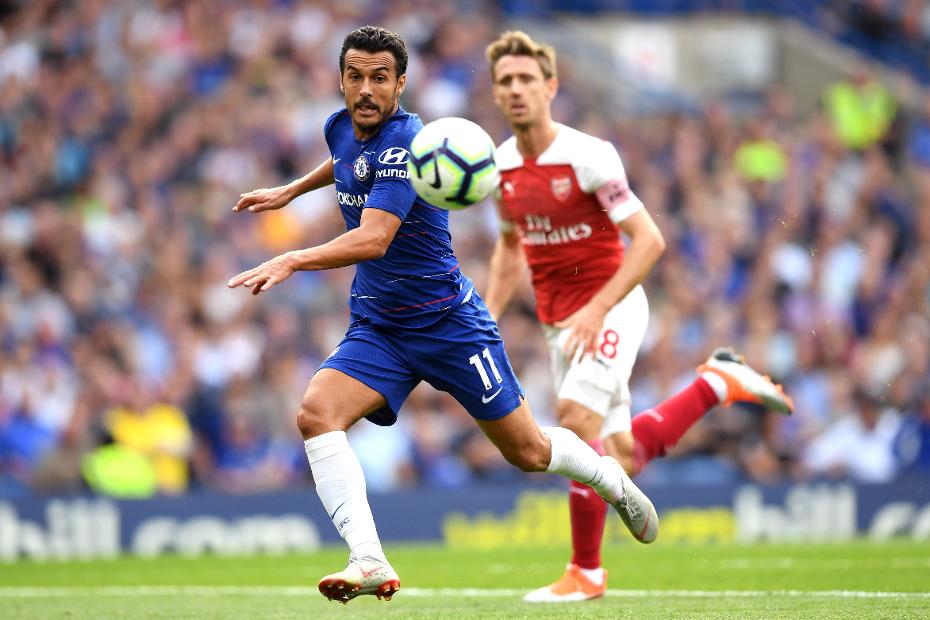 The arrival of Maurizio Sarri as Chelsea head coach has transformed Pedro's prospects in Fantasy.

The Spaniard's goal at home to AFC Bournemouth in Gameweek 4 was his third of the season, just one fewer than he scored in the entire 2017/18 campaign.

He was benched against the Cherries despite goals against Huddersfield Town and Arsenal in the opening two Gameweeks.

But within seven minutes of coming off the bench he opened the scoring in the 2-0 win, highlighting his importance on the right of Chelsea's 4-3-3 formation.

That strike looks set to earn him a recall for the visit of Cardiff City.

It has also had a big impact in the FPL transfer market.

Pedro is the second-most bought midfielder, transferred in by over 217,000 managers.

The growing faith from Fantasy managers is backed up by the statistics.

Pedro is recording a shot inside the opposition penalty area every 37.9 minutes this season, compared with 76.2 last term.

He also fares well when assessed against other FPL midfielders.

The midfielder's 11 shots on goal is ranked fourth, while only Mohamed Salah (£13.0m) has produced more attempts on target, by seven to six.

That improved eye for goal can punish a Cardiff defence who conceded three goals at home to Arsenal in Gameweek 4.