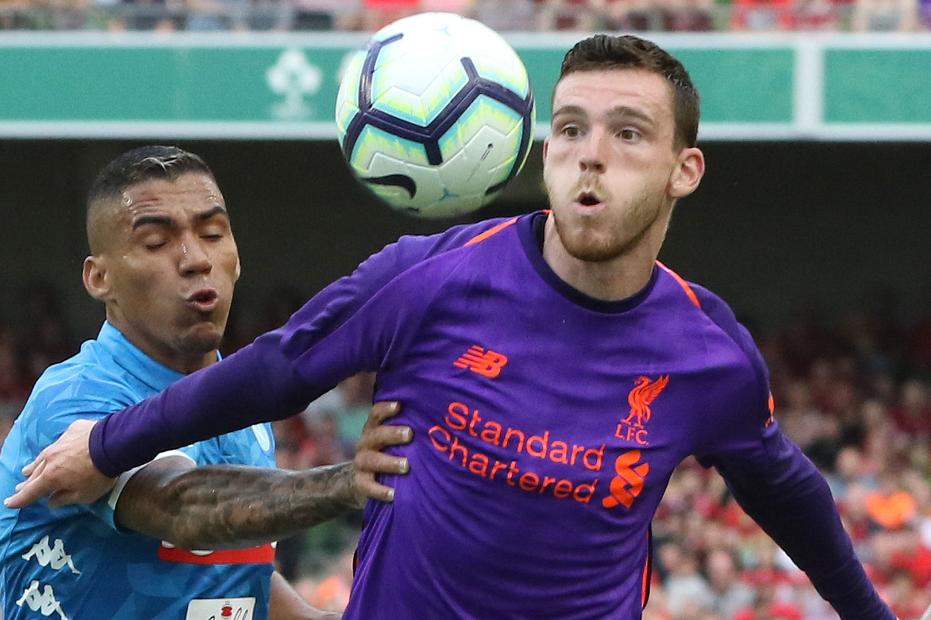 Robertson: Full pre-season under Klopp will benefit me External Link

The Liverpool full-back finished last season as the top-scoring player for Gameweek 38.

Robertson produced a goal, an assist and a clean sheet to total 18 points in a home win over Brighton & Hove Albion.

That underlines his credentials for Sunday's visit by West Ham United.

Robertson played only twice in 14 Gameweeks after arriving from Hull City last summer.

But once he secured a first-team role, he went on to record a goal, five assists and 10 clean sheets in 22 appearances.

His average of 5.0 points per match (ppm) was joint-top for an FPL defender.

West Ham travel to Anfield with new manager Manuel Pellegrini looking to improve their cutting edge in away matches.

They scored more than one goal in only one of their final six road trips in 2017/18.

But they face a tough task against Jurgen Klopp's side, who had one of the most resilient home records last season.

Liverpool conceded only 10 goals in front of their own supporters. Only Manchester United, with nine goals conceded, were harder to break down at home.

The Reds also benefited from the arrival of Virgil van Dijk (£6.0m) in the January transfer window.

From the Dutchman's Premier League debut in Gameweek 24, Liverpool claimed eight clean sheets, more than any other side.

Owned by 15 per cent of managers, Robertson, along with defensive team-mates Van Dijk and Trent Alexander-Arnold (£5.0m), is among the top nine most-owned defenders in Fantasy.

But it is the raiding Robertson who offers the greatest points potential for their season opener at Anfield.