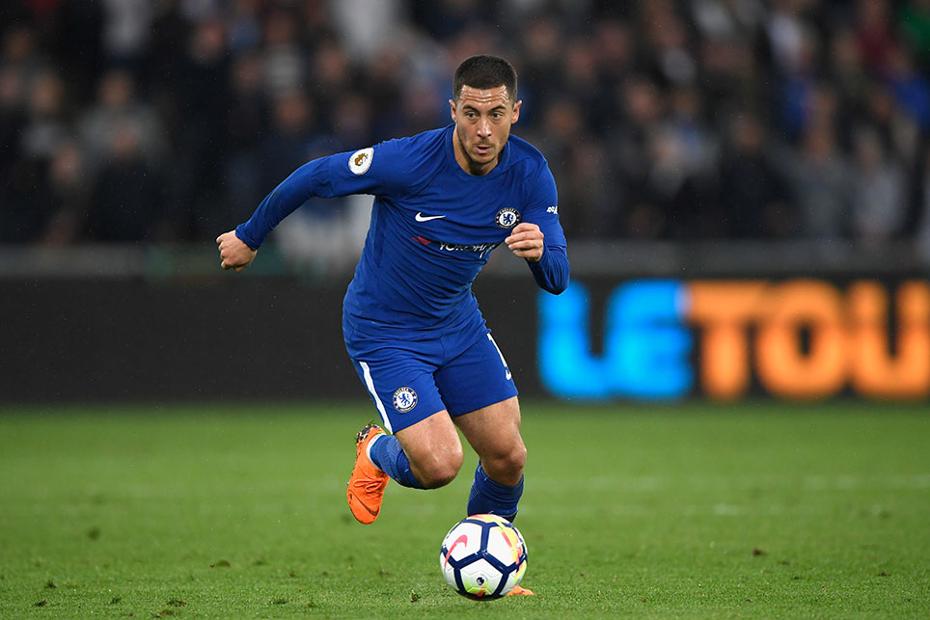 Chelsea midfielder can be the ultimate Double Gameweek differential, according to The Scout

Conte: We must be happy External Link
GW37 Ones to watch: Jordan Ayew

The Belgian is threatening a flurry of points in Fantasy over his final three matches.

Included in just 6.3 per cent of squads, Hazard has the potential to be a game-changer.

Hazard has supplied a goal and an assist in his last two Gameweek starts.

Over the last four Gameweeks, the Chelsea midfielder has recorded a shot every 23.3 minutes, up from every 95.3 minutes in his four previous appearances between Gameweek 29-32.

He has also remained a likely source of assists.

Since Gameweek 29, he has created 21 chances more than any other player in the game.

A switch in the Blues' formation, deploying Hazard behind striker Olivier Giroud (£8.3m) in a 4-4-1-1, has been key to the recent improvement.

And there could be more to come over two home fixtures in Gameweek 37.

Chelsea face Liverpool on Sunday as they step up their bid for a top-four placing.

The Reds have conceded in three of their last four away matches, while Hazard supplied an assist and was awarded three bonus points in the reverse fixture at Anfield in Gameweek 13.

Meanwhile, Wednesday's opponents Huddersfield Town arrive at Stamford Bridge having failed to keep a clean sheet in their last 14 away matches.

Signing Hazard and handing him the captaincy for these two fixtures is a clear option for managers looking to make up ground.

Those with the Triple Captain chip in play should also consider the midfielder.

At this stage in the season, risks need to be taken in order to make up ground in rank and mini-leagues.

Hazard can be the driving force behind a big final push.