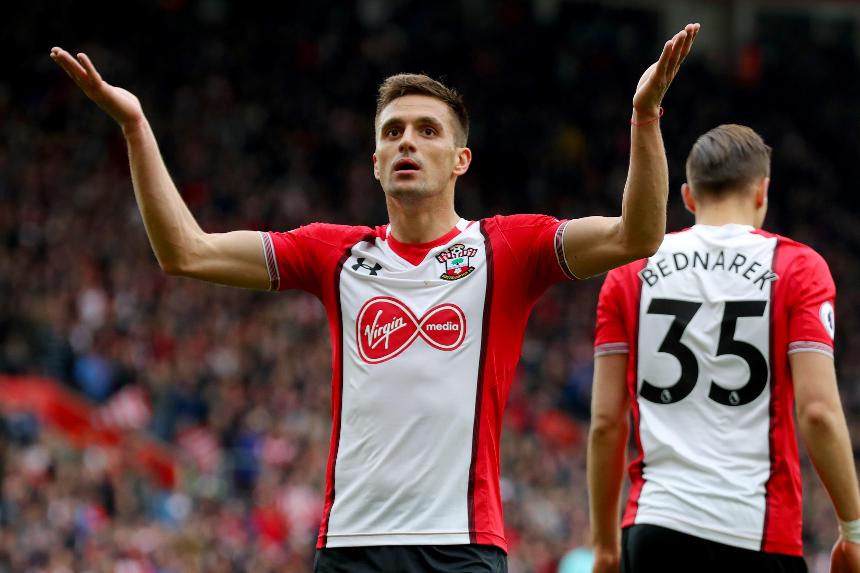 Tadić: Bournemouth success can give us confidence External Link

Tadic's display in a 2-1 win over AFC Bournemouth has put FPL managers on alert.

He scored a brace against the Cherries to be the Gameweek's top scorer with 15 points.

He has since been signed by more than 22,000 managers.

The last time his ownership was so high was way back in Gameweek 3, when he was in over 34,000 squads.

But he is still selected by only 2.3 per cent, making him an important differential.

Since the Welshman took charge from Gameweek 32, the midfielder has been his standout performer.

His nine shots over the last five matches are joint-top for Saints along with Charlie Austin (£5.8m).

And Tadic betters even Austin for shots on target in that spell, by five to four.

The Serb has also created 12 chances, again more than any team-mate, as he continues to promise assists as well as goals.

Southampton’s players are FPL targets ahead of two fixtures in Gameweek 37, when they face trips to Everton and Swansea City.

Tadic has already supplied 12 points against the Toffees this season.

He got a goal and an assist in the reverse fixture, a 4-1 win.

And he will go to Goodison Park as part of a revived Saints attack under Hughes.

They have scored two goals in three of their last four matches as they aim to avoid relegation.

And only champions Manchester City have recorded more big chances over the last four Gameweeks, by 17 to 11.

That improvement, combined with Tadic’s recent boom, make him a go-to mid-price option for the final Gameweeks.