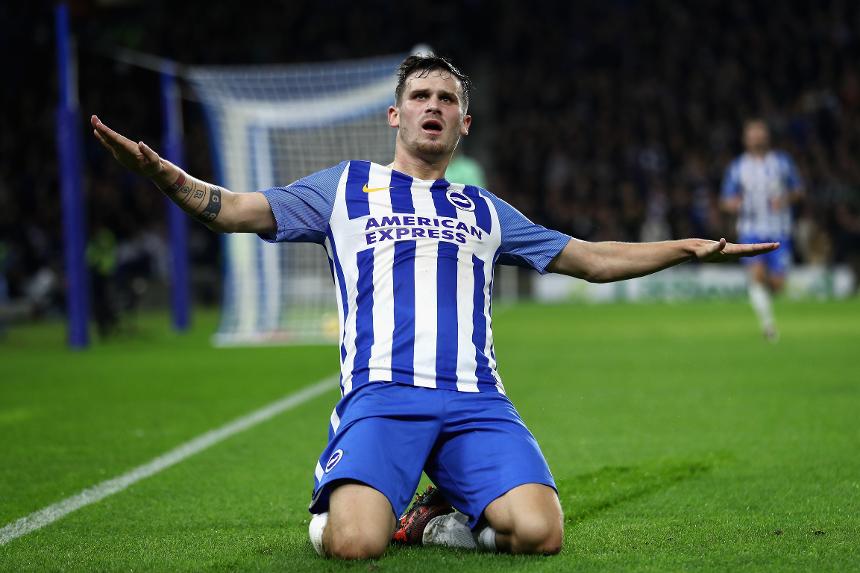 Gross confident ahead of Amex double External Link
GW32 Ones to watch: Kenedy

The Brighton & Hove Albion midfielder can cap an outstanding debut season with a strong finish in Fantasy.

He has provided his owners with 22.5 points per million (ppm). This ranks him second only to the 25.1 ppm of the game's top points scorer, Mohamed Salah (£10.7m), among midfielders.

When on the pitch, Gross has been directly involved in 46 per cent of Brighton's goals, scoring five and assisting eight.

His form is particularly impressive at Amex Stadium, where he averages 6.2 points per match.

This could prove vital ahead of three home matches over the next three Gameweeks.

That run begins on Saturday with the visit of Leicester City.

The Foxes have kept only one clean sheet in their last 11 away trips.

Gross is part of a Brighton attack that thrives in home matches. The Seagulls have scored nine goals over three consecutive home wins.

In the top three

The underlying statistics highlight a man in form.

Over the previous six Gameweeks, Gross's 15 shots and seven shots on target rank joint-third among all FPL midfielders.

Only Eden Hazard (£10.6m) has created more big chances than Gross's four in that period.

Brighton are without a fixture in Gameweek 35, due to Tottenham Hotspur progressing to the FA Cup semi-finals.

But the rescheduling of that home match has only boosted Gross in the short term.

Spurs will visit in Gameweek 34, the first of a possible two Double Gameweeks for Brighton.